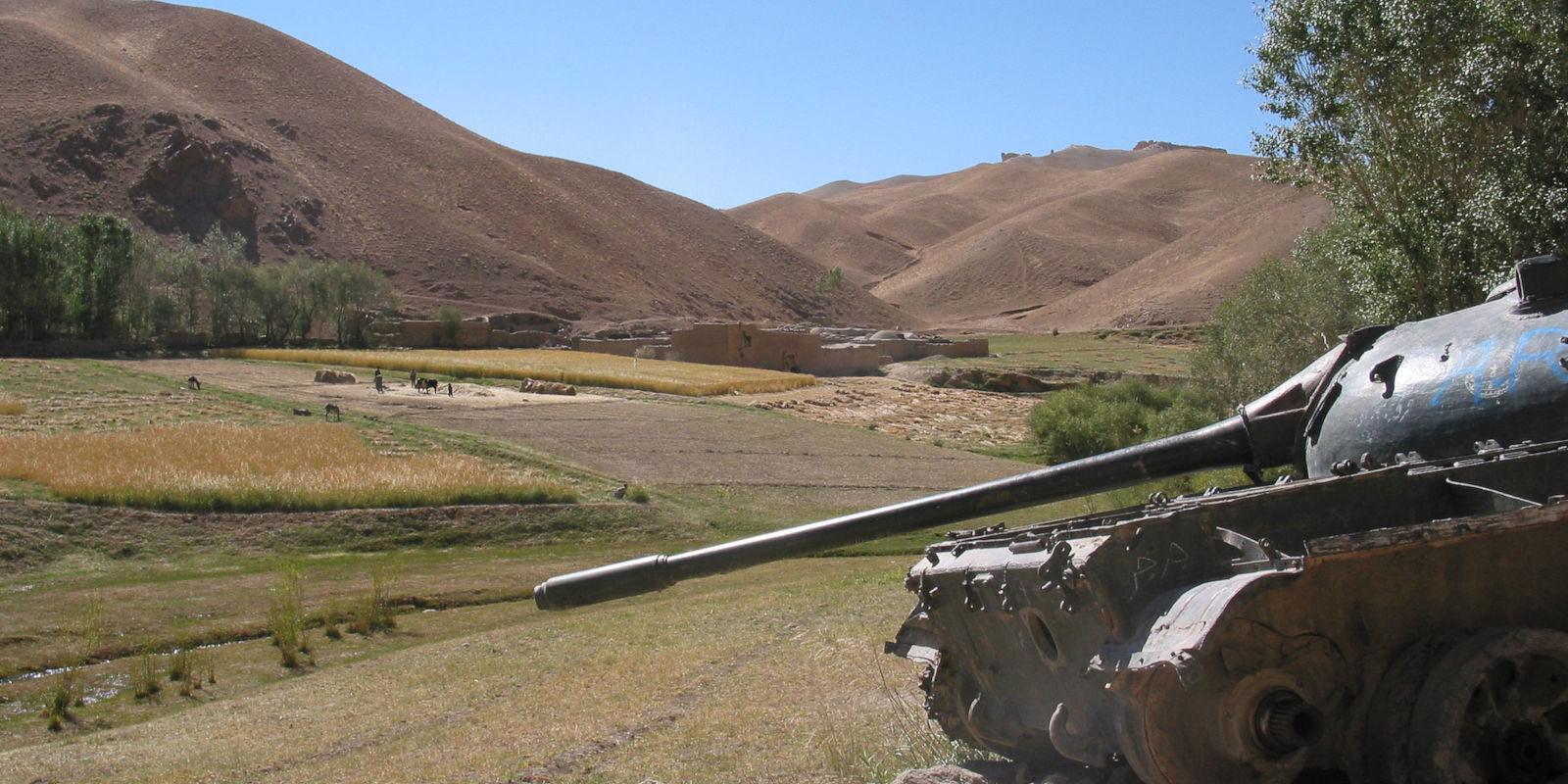 Between 1978 and 2001, a series of conflicts and periods of instability took a heavy toll on Afghanistan’s people, infrastructure, society and its environment. From 2001, persistent insecurity has hampered recovery and efforts to address Afghanistan’s environmental problems.

Afghanistan’s long period of instability has had a severe impact on its natural resources. Inadequate governance and the social disruption caused by conflict have degraded traditional systems of resource management leading to short-term and unsustainable survival strategies, such as over-grazing or harvesting. Local conflicts over land rights and water use are commonplace. Corruption is rife, particularly in the mineral sector, and opium and poppy cultivation helps fuel a war economy. Forests and open woodlands have been decimated during the last century and those that remain are affected by illicit timber extraction.

Afghanistan is heavily affected by mines and explosive remnants of war. In spite of many years of mine action programmes, as of 2017 it was estimated that 3,321 minefields, 296 battlefields and 37 contaminated firing ranges remain, together affecting 1,446 communities. Air and water pollution affect urban areas. As a mountainous country severely affected by both droughts and floods, it is now also facing water stress from climate change, which also threatens the sustainability of its rangelands and agricultural areas. Afghanistan has received considerable assistance aimed at restoring environmental governance since 2002 but its national capacity remains limited, as is access to areas of the country where government control is weak.

Afghanistan’s environment faces multiple challenges that are made more complex by its ongoing political instability and insecurity. Since 2008, and the launch of its National Environmental Protection Agency, progress has been made on rebuilding environmental governance with the support of international donors and technical support from the UN. A longstanding priority has been to build environmental resilience through community level natural resource management, a goal that is growing more important as the effects of climate change increase. Yet the conflict continues to undermine efforts to address water and land management, while narcotics production and corruption in the mineral sector distort local economies and impede governance. Until lasting peace is achieved, environmental programmes will continue to be constrained.

UNAMA (2017) The situation in Afghanistan and its implications for international peace and security, report of the Secretary-General:
https://unama.unmissions.org/sites/default/files/sg-report-on-afghanistan-15-december-2017.pdf