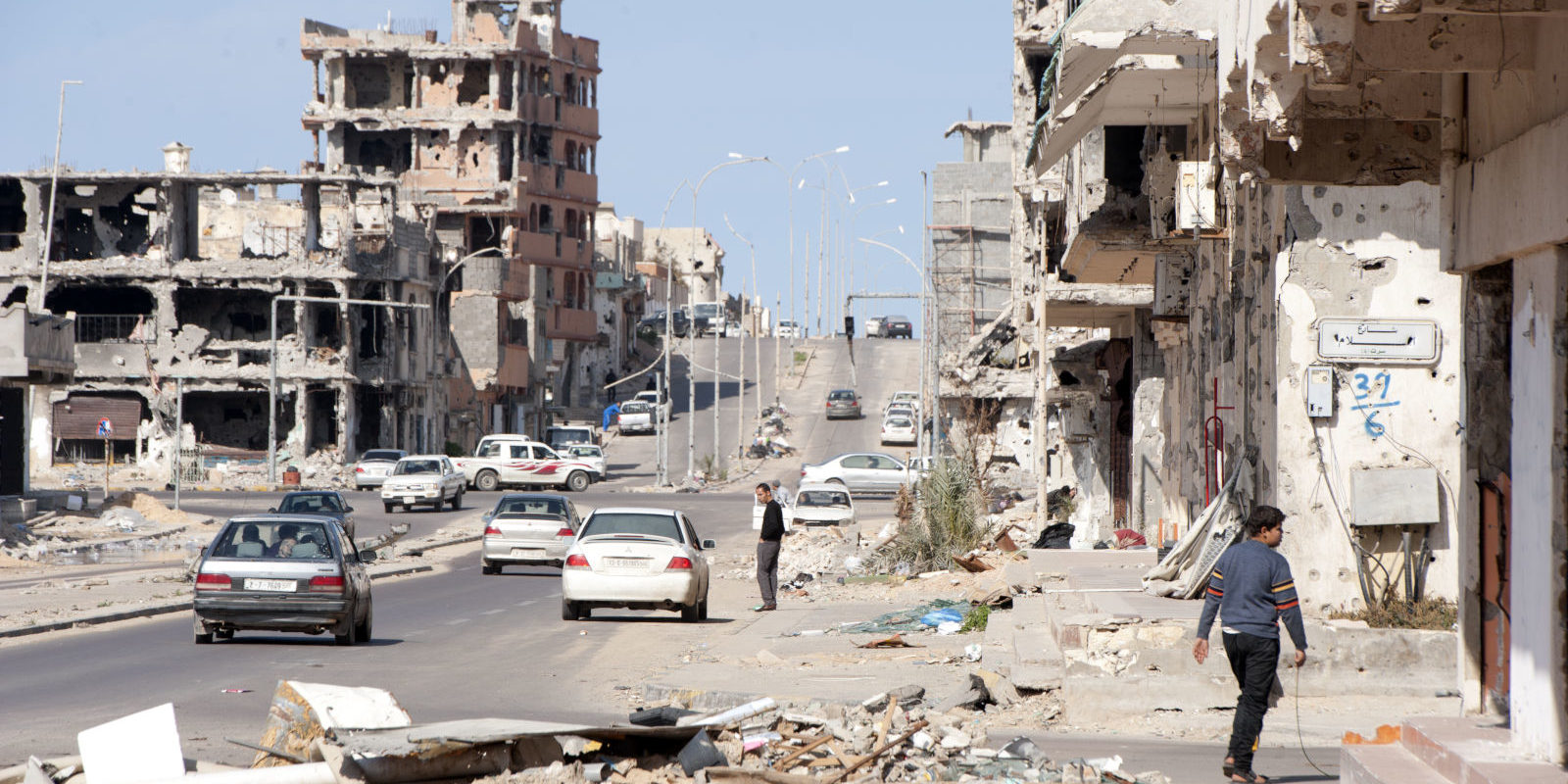 In 2011, Arab Spring protests escalated leading to violent clashes between government security forces and those opposed to the then president Colonel Gaddafi. A NATO intervention followed, Gaddafi was killed but by then the country had begun to fragment, with numerous armed groups and factions vying for control as Libya descended into civil war.

Comprised primarily of desert, Libya has long faced water stress, a problem it has sought to engineer its way out of through its Great Man Made River Project, which brings fossil water from aquifers in the south to the populated coastal north of the country.1 Water infrastructure, including the project, has been directly damaged during the conflict and has suffered from a lack of repairs and from power cuts.

Prior to the conflict, decades of weak environmental management had facilitated serious pollution from its oil and petrochemical industries, and oil storage facilities and pipelines have been targeted during the civil war, exacerbating pre-existing pollution problems.2 Untreated industrial effluent was also a major source of pollution prior to 2011. The management of domestic, industrial and medical waste was poor before the conflict and is likely to have worsened since, and the management of conflict debris has added new pressures, particularly in urban areas that have been badly damaged by the conflict.

Land degradation and desertification were significant issues prior to the conflict, with pressures most acute along the populous coastal strip. While Libya had joined a large number of multi-lateral environmental agreements prior to 2011, a lack of effective policy instruments and strategies meant that implementation was poor. The fragmentation of the country after 2011 will have compounded these issues. Libya has a number of national parks, nature reserves and protected areas, as well as two wetlands of international importance but their status is currently unclear.

After the initial phase of the conflict, there were proposals for a post-conflict environmental assessment in Libya. However its collapse into civil war meant that this was not undertaken. The prolonged insecurity has also delayed the delivery of projects aimed at strengthening environmental governance planned by the UN Development Programme. The rise of Islamic State in 2014, and their targeting of oil infrastructure, led to increased operations by foreign militaries to protect oil facilities and to degrade Islamic State forces.

The UN’s efforts to develop a unity government and bring peace have thus far proved unsuccessful and the fragmentation of the state, and Libya’s collapsing economy, are ensuring that environmental protection and governance remains a low priority. Humanitarian activities in the environmental sector have focused on restoring water and sanitation networks, together with small scale projects to expand the use of solar energy and the provision of vehicles for waste management. However, the true extent of the conflict’s environmental impact remains unclear.