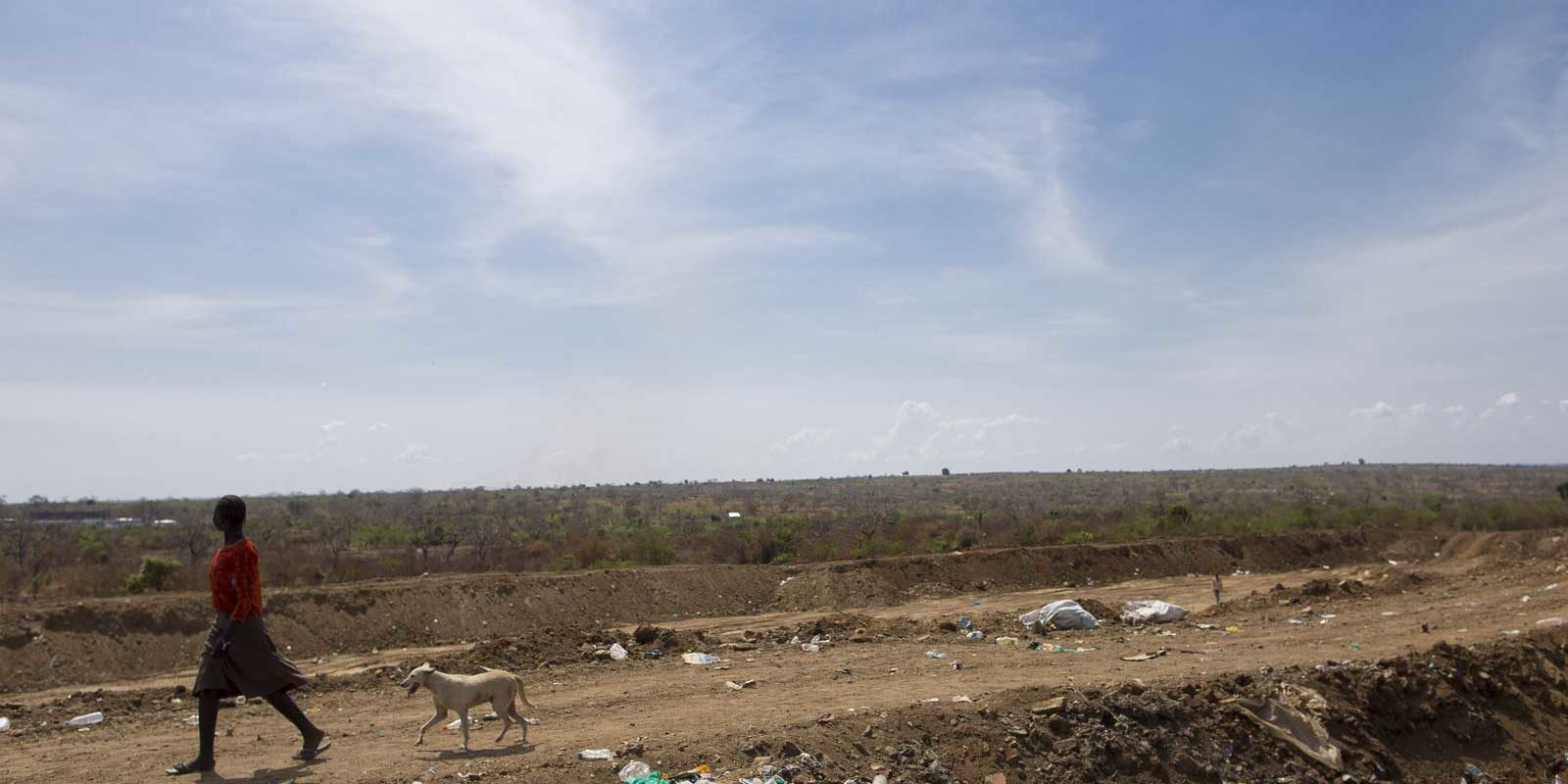 Sudan’s first civil war began in 1955, the year prior to its independence. The First and Second Civil Wars cost an estimated three million lives and eventually led to the secession of the South in 2011. South Sudan is now emerging tentatively from a third civil war, its first as an independent nation where the former rebels have become the custodians of the country’s natural wealth. A low-technology war, it has wrought high levels of violence against civilians causing huge population displacement and a man-made famine.1 At the core was the control of territory to exploit the natural resources that fund the conflict and secure the balance of power.2 A series of sub-national, localised antagonisms continue to be violently contested across the country in spite of the political process in the capital, Juba.

After decades of underdevelopment and war South Sudan’s environmental landscape ranges from unregulated extraction, illicit logging, and oil pollution, to vast areas of near-pristine natural landscape, including the largest wetland in Africa.

Oil was discovered in Sudan in 1978 and control over it has been contested through two civil wars and much of the peace in between. Land-locked South Sudan has the third largest oil reserves in sub-Saharan Africa making it a key partner for the LAPSETT corridor to its south.3 However, South Sudan’s pipelines already flow north to the Red Sea via refineries in Sudan. The South’s secession had a huge impact on Sudan’s economy, a factor in the downfall of President Bashir. Political control of the oil states has been a major factor antagonising the latest civil war.

The most strategic resource in South Sudan is water. The White Nile flows from south to north forming the largest wetland in Africa, the Sudd;4 supported by a substantial network of major tributaries. South Sudan is a member of the East African Community of nations, many of which form the southern Nile Basin countries, making it a new pivotal player in Nile negotiations. The riverine system of the Nile/Congo watershed provide the most fertile soil in the country, a potential breadbasket for the region. However, insecurity and a lack of basic infrastructure keeps most farming at the subsistence level. Local farmers have reported climatic changes affecting seasonal harvests, and threats like flooding – mixed with continuing insecurity – may continue to impact food security.5

Since July 2016, the focus of the civil war switched from the oil states to the Equatorias and the illicit extraction of timber and minerals, linked to funding the conflict.6 Wider effects of the civil war are felt across its borders where human displacement creates its own environmental concerns of deforestation and competition for resources. Across the border the in DRC, Garamba National Park has been a route for those fleeing the fighting, its forests a place of hiding and poaching for forces from all sides of the conflict.

Approximately 14% of the land in South Sudan is formally designated to wildlife Protected Areas. Once one of the most populated wildlife habitats in Africa, the National Parks, Game Reserves and Wildlife Service have struggled, and wildlife numbers have been decimated for bushmeat. Zoonotic disease is a priority area of research, and there has been a major effort to prevent the spread of the Ebola outbreak in neighbouring eastern DRC.

The Revitalised Agreement on the Resolution of the Conflict in South Sudan (R-ARCSS) remains the best hope. The country’s economy has been in a downward spiral since the start of the civil war, and the fall in oil prices due to the COVID-19 pandemic saw another sharp decline. There appears to be nothing to reverse it and the government has been accused of embezzling huge sums of money.7 A key step in the peace agreement is the formation of a national army, police and other services by integrating government and opposition forces at designated sites. With the economy in such a poor state, soldiers have been leaving these cantonments and returning home.8 The highly contentious issue of states, the oil states in particular, appears to have been resolved.

The multinational presence in South Sudan is a patchwork of UN, AU and IGAD. The largest body is a UN Peacekeeping Mission (UNMISS) and a cohort of agencies, funds and programmes, and the World Bank. The primary bilateral nations are the ‘Troika’, the US, UK, and Norway, plus a large number of other diplomatic and donor representatives struggling with a problematic government partner, and caught between priorities of humanitarian aid, resilience, and health. In addition, there are some 120 international and 400 national NGOs.9 The neighbouring countries once enjoyed the business opportunities South Sudan presented; now they host vast refugee populations caused by the civil war.

Report: Is South Sudan’s Sudd wetland at a fork in the road?
November 6, 2021

UN General Assembly First Committee statement on the Protection of the environment in relation to armed conflicts
October 8, 2021

Report: The past, present and future of the Mesopotamian marshes
September 24, 2021
Go to Top