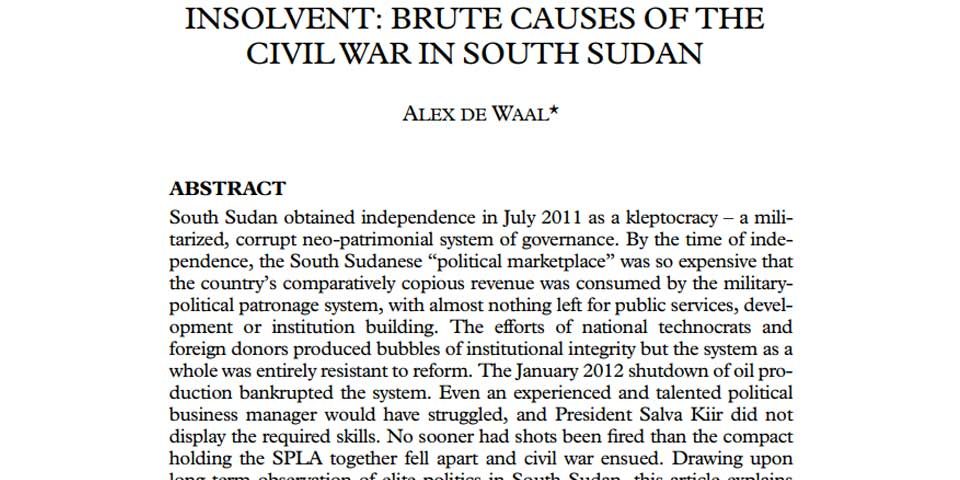 An explanation of how South Sudan’s system of government led to its civil war.

Alex de Waal’s ‘political marketplace’ theory is widely known and founded in his long-term work and observations in Sudan, South Sudan and the region. This article draws together the links between kleptocratic government and militarisation, and how this led to South Sudan’s civil war.

What makes this study particularly useful is to recognise that, since the end of Cold War patronage, a country’s natural resources have become the source of wealth to fund its internal military patronages. As hard cash becomes less available, other sources of wealth gain in value: oil, timber, minerals, etc. This article presents a very helpful theory for understanding the linkages between natural resources, politics and civil war; and the complexity of environmental peacebuilding in such a context.