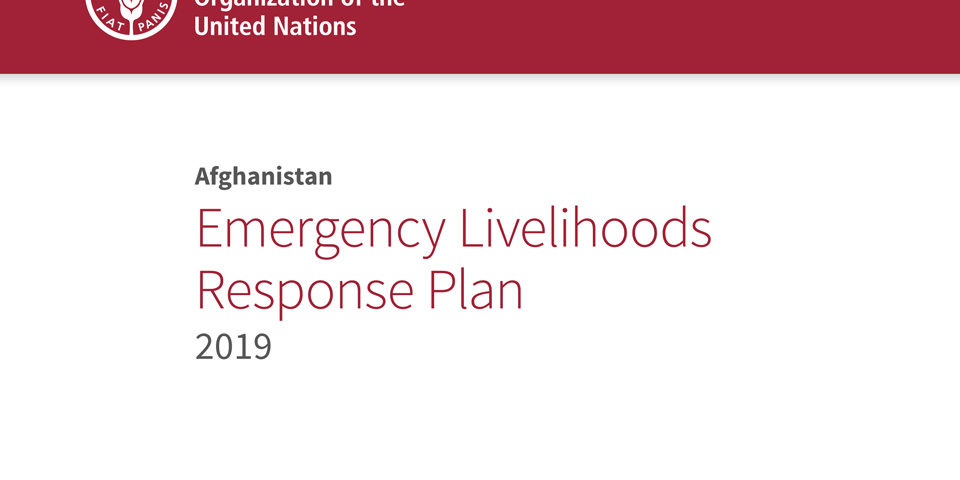 Conflict and climatic factors are having a huge impact on food security in Afghanistan.

Four decades of conflict and recurrent natural disasters have debilitated Afghanistan’s institutions and weakened the resilience of its people, making it nearly impossible for communities to adequately cope with further shocks. In 2018, the most severe drought in decades, compounded by conflict, a significant economic downturn, plant pests, animal diseases, and internal and cross-border movements have contributed to a sharp erosion of the food security situation in the country. Impacts of the drought include insufficient food access, adoption of negative coping mechanisms, loss of livelihoods and productive assets – including land, indebtedness, major damages and losses in cultivated areas, distress sale of livestock, further internal displacement and migration.

Afghanistan is experiencing a major food security and livelihoods crisis, currently the world’s third largest. According to the Integrated Food Security Phase Classification (IPC) Afghanistan Report #10 (2018), an estimated, an estimated 13.5 million people are facing severe acute food insecurity – 6 million more than this time last year. Of the total number, 3.6 million are facing emergency levels of food insecurity nationwide. In the past five years, the country has experienced a steady decline in wheat production mainly due to climatic factors and conflict. Without immediate livelihood support, in a country where more than 70 percent of the population is associated with crop production and livestock, the food security situation is expected to deteriorate further. This could result in the food insecurity situation becoming more acute as the lean season progresses during the spring and early summer.

This is a very confusing and confused take. The #NordstreamLeaks are not about damaging a neighbour's environment. The environmental impact on the Baltic Sea environment will be far, far outweighed by the climatic impact on our common atmosphere.

Damaging a neighbor’s environment can be easy, cheap, and deniable.

Thread with various estimates for the climatic impact of methane releases from the Nord Stream pipelines. Just as basics, this is much worse than the CO2 emissions had the methane been used and burned, and this is a big release by pipeline fault standards. #Ukraine

Today's sabotage of the Nord Stream 1 and 2 pipelines resulted in a substantial release of methane to the atmosphere. Initial estimates suggest ~115,000 tons CH4 from Nord Stream 2, amounting to ~3.2 million tons CO2-eq (GWP100). Possibly double this when accounting for NS1.

If you're completely new to the #PERAC legal framework, and just need the basics, we also have an introductory FAQ: #IntLaw 3/3

In 2022 states will adopt a new legal framework protecting the environment from war, our PERAC principles FAQ explains what you need to know.