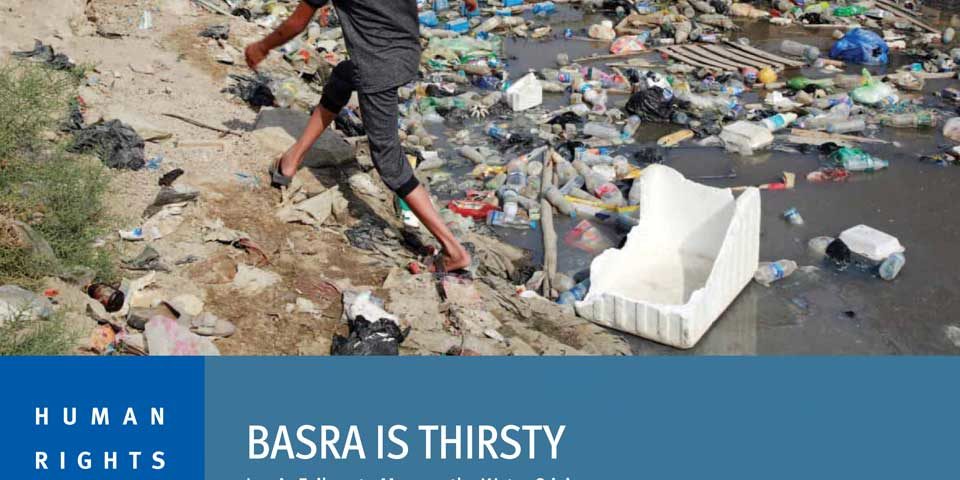 Investigation reveals that Iraq’s politicians are not doing enough to ensure the rights of Basra’s citizens to water and to health.

Iraqi authorities have failed to ensure for almost 30 years that Basra residents have sufficient safe drinking water, resulting in on-going health concerns, according to Human Rights Watch. The situation culminated in an acute water crisis that sent at least 118,000 people to hospital in 2018 and led to violent protests.

The 128-page report, “Basra is Thirsty: Iraq’s Failure to Manage the Water Crisis,” finds that the crisis is a result of complex factors that if left unaddressed will most likely result in future water-borne disease outbreaks and continued economic hardship. The authorities at the local and federal level have done little to address the underlying conditions causing the situation.

“Shortsighted politicians are citing increased rainfall as the reason they do not need to urgently deal with Basra’s persistent crisis,” said Lama Fakih, acting Middle East director at Human Rights Watch. “But Basra will continue to face acute water shortages and pollution crises in the coming years, with serious consequences, if the government doesn’t invest now in targeted, long-term, and badly needed improvements.”