Mongabay | Open destruction in the Colombian Amazon after FARC’s exit 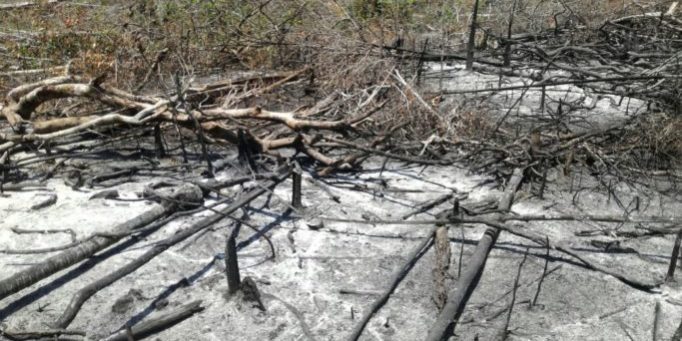 The withdrawal of the FARC from forest areas in Colombia has led to the acceleration of deforestation.

The Amazon is one of the first victims of peace with the Revolutionary Armed Forces of Colombia (FARC). As predicted, the process of disarmament has caused the disappearance of hundreds of hectares of forest in the area where the anti-government guerrilla group historically practiced environmental “authority.” In La Novia, a town in the San Vicente del Caguán area, residents know very well what that entails.

A farm manager from the region who is accustomed to passing through the area, estimates that at least 4,000 hectares of primary forest have been cut down since last October. “The system that they have is simple: the people enter, mark out a plot of 200 hectares, and start to knock down [trees].