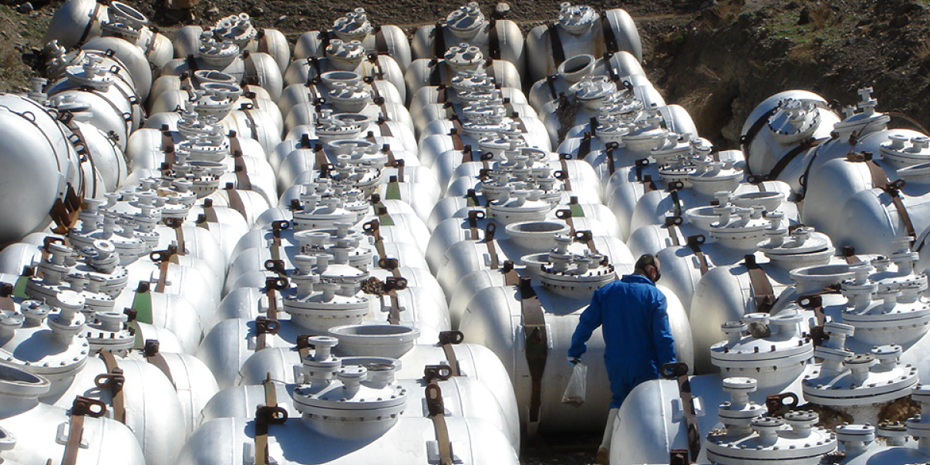 A new study by the Red Cross has proposed stronger obligations to minimise environmental damage in conflict and to address harm in its wake as a means of enhancing the protection of civilians.

In 2008, the International Committee of the Red Cross (ICRC) began a process of reflection to: ‘determine whether, and to what extent, international humanitarian law (IHL) as it exists today continues to provide an appropriate response to the humanitarian problems arising in armed conflicts.’

After analysing the nature of contemporary conflict and the applicability of existing legal frameworks, the ICRC then consulted with states on its findings to gauge the level of support for each thematic area under the heading of strengthening legal protection for the victims of armed conflicts.

The final results of the review covered four themes: protection for persons deprived of liberty; international mechanisms for monitoring compliance with IHL and reparation for victims of violations; protection of the natural environment and finally the protection of internally displaced persons.The conclusions of the internal study were then debated at the 31st Conference late in 2011 and ultimately – and largely on the basis of state support – two of the four areas were chosen to be the focus of the ICRC’s work going forward, these were the protection of persons deprived of liberty and the better implementation of existing IHL.

In a statement reflecting on the consultation in May 2011, ICRC President Dr Jakob Kellenberger said: “States also shared our assessment of the humanitarian problems in contemporary armed conflicts as described in the study. There was a broad recognition that serious concerns arise in practice in the four areas selected and highlighted in the study and that action must be taken. Views regarding how to address these concerns in legal terms varied however and therefore remain open for discussion. In particular, some States expressed reservations to the idea that new treaty rules should be developed in each of these areas. Consequently, the ICRC considers that all options must be carefully studied, including the elaboration of soft law instruments, the identification of best practices and the facilitation of expert processes aimed at clarifying existing rules. These are indeed different ways of strengthening international law.”

While discussing the proposed theme of the protection of the natural environment, Kellenberger further stated: “…we came to the conclusion that further consultation and research with a view to strengthening the law is not considered a priority by a number of States at this stage. In relation to the protection of the natural environment, several States expressed an interest in the clarification of existing rules of international humanitarian law. Some also expressed interest for discussion and identification of best practices to prevent damage to the environment in the course of military operations and the clearance of contaminated areas once operations have ended.”

Nevertheless, the review document that emerged from the ICRC consultation did contain several progressive areas that could be of significant relevance to the development of a TRW approach aimed at reducing the humanitarian and environmental impact of armed conflict. In considering the lack of mechanisms to address the consequences of damage to the environment, the final review observed:

‘…damage to the environment due to armed conflicts may be extensive, largely exceeding the actual combat zone. It may also have long-term consequences that continue after the hostilities end. For instance, a considerable amount of environmental damage may emanate from chemicals and other pollutants leaking into the soil and groundwater as a result of military operations. These chemicals and pollutants can come from the destruction of power plants, chemical plants and other industrial installations but also from the rubble left by attacks against other types of military objectives. In some situations, hazardous substances have been abandoned by parties to armed conflict when leaving combat zones. For example, in Astana, a small village in Afghanistan, land on which the inhabitants grazed livestock was polluted for years by hazardous chemicals used to fire missiles, exposing the local population to high risks.

‘As a result, the civilian population no longer has safe access to resources that are indispensable to its survival. People may also suffer serious health effects. Extensive thought must therefore be given to possible mechanisms and procedures for addressing the immediate and long-term consequences of environmental damage.

‘First of all, such mechanisms should be entitled to monitor the nature and extent of damage to the environment caused by violations of international humanitarian law, whether in international or non-international armed conflicts. They should also be empowered to investigate alleged violations of relevant international rules and to decide on the most appropriate forms of reparation in each situation. This could imply, for instance, an obligation to remove the source of harm from the affected area and to ensure decontamination. Solutions and options in this respect should be considered within the wider framework of improving implementation of international humanitarian law and of providing reparation to victims of violations in general.

‘Secondly, from a strictly legal point of view, as parties to armed conflicts can be held to account for their acts only if they fail to comply with binding obligations, it would be advisable to consider whether new  mechanisms should also assess the environmental damage resulting from lawful activities and how to remedy it. Such mechanisms should provide solutions in terms of victim assistance and restoration of the environment following armed conflict.

‘Lastly, given the complexity, for example, of repairing damaged plants and installations or cleaning up polluted soil and rubble, it would also be desirable to develop norms on international assistance and cooperation. Such norms could be developed in tandem with new mechanisms or, on the contrary, independently of them. They could apply to environmental damage caused by any military operation, whether lawful or unlawful. Such norms would open new and promising avenues for handling the environmental consequences of war. A new system could be introduced that is based on similar rules recently created for dealing with the legacy of landmines and other explosive remnants of war.’

State concerns during the consultation over an approach on the protection of the environment revolved around several key issues. In addition to extra regulation which would constrain the ability of states to wage war, questions were also raised concerning the post-conflict responsibility of states for remediation. This focus on the post-conflict effects of military activities also proved less popular than upstream regulation to avoid contamination in the first place – be it through controls on specific materials or on certain activities – such as the deliberate targeting of industrial facilities.

Nevertheless some states were interested in pursuing environmental protection as IHL has developed at a far slower pace than domestic regulatory frameworks and international environmental law. Following the conference, the Nordic governments and their Red Cross societies made a pledge to continue work on the environment:

Pledge text: Protection of the natural environment is one element necessary to give proper effect to the protection of civilian populations in times of armed conflict. Conscious of the profound effects damage to the environment, caused during armed conflicts, has or may have on the health and survival of civilians and civilian populations, and cognizant of the fact that the scope and extent of legal protections of the natural environment merits analysis and where appropriate clarification.

1. On the basis of recent armed conflicts, to undertake and support a concerted study highlighting the relevance of the existing legal framework for the protection of the natural environment in contemporary armed conflicts, and identifying any gaps in that context.

2. To co-ordinate and host a meeting of experts, and on this basis prepare a report, to propose, if appropriate, areas in which the legal protection of the natural environment may be clarified and, if necessary, reinforced.

The TRW Project is optimistic that our research work may be able to feed into this ongoing process and it is clear that, while protection of the environment during and after war is still perceived as enormously broad, there is potential for developing more focused responses within the field.