UNDP | Assessing the impact of war on development in Yemen 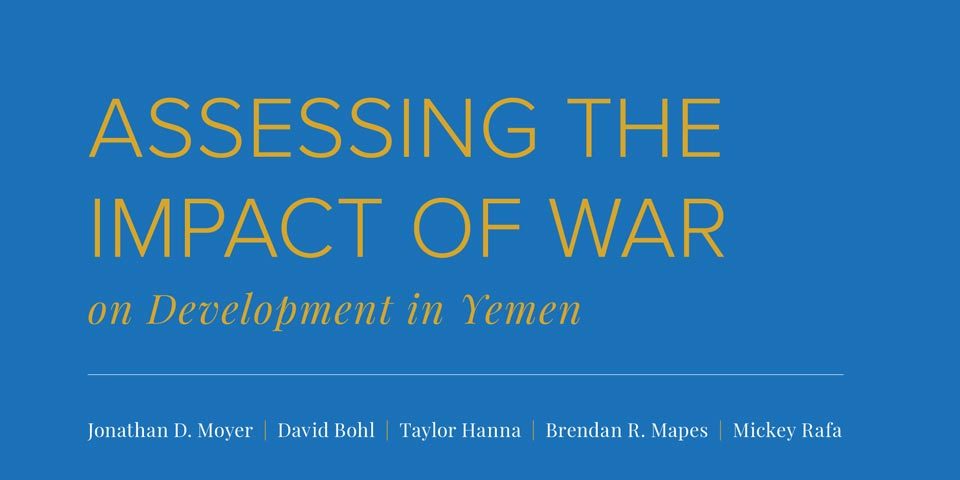 Study modelling the impact of the conflict in Yemen on sustainable development and its future consequences if left unresolved.

This study on the “Impact of War on Development in Yemen”, was commissioned end of 2018 in collaboration with Frederick S. Pardee Center for International Futures, Josef Korbel School of International Studies, University of Denver. The researchers undertook the analytical work with a desire to understand the impact of war in Yemen across human, social and economic dimensions of development. The analysis was undertaken by calibrating a quantitative modeling system called International Futures (IFs) to fit the available information on the impact of war in Yemen to date, and then create four hypothetical analytical scenarios to be explored. One where the conflict ends in 2019, 2022 and finally one where conflict extents all the way to 2030. To assess the impacts from the conflict across the three conflict scenarios the fourth scenario represents a counter-factual world in which conflict did not escalate beyond 2014. The result is an impact study that quantifies the damages of the war in Yemen across multiple dimension of development such as loss of lives, health, demographics, education, infrastructure and the economy, etc.

The study is intended to advocate to the parties to the conflict on the consequences of the conflict on medium- and long-term development, as recovery to the pre-conflict levels would require two to three generations. At the same time the study intends to inform the general public, including the international community, about the level of devastation caused by the conflict in Yemen, and ask those who have influence over either party to the conflict to urgently push towards a sustainable peace deal and a stop to further escalation. The situation is already extremely severe. If it deteriorates further it will add significantly to prolonged human suffering, retard human development in Yemen, and could further deteriorate regional stability