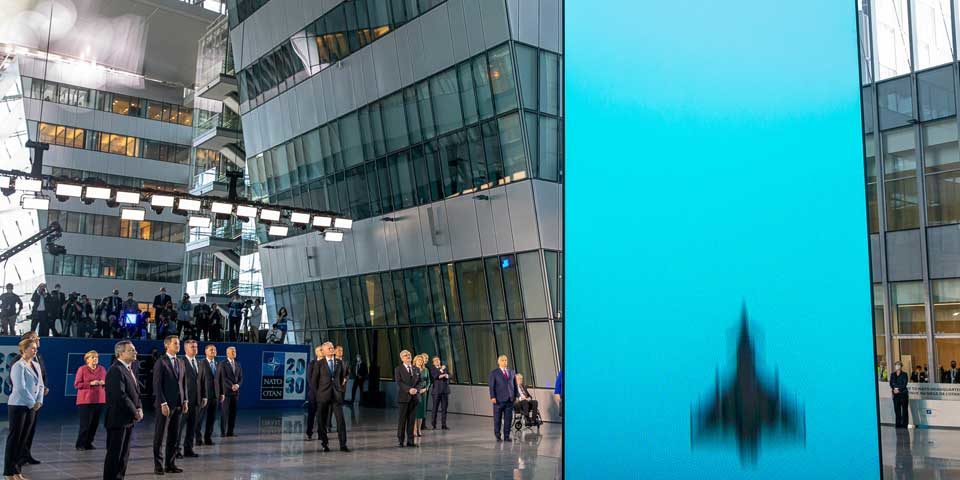 Despite the media narrative, the NATO summit failed to agree clear goals for its members to reduce their military emissions.

The June 14th NATO Summit had been heralded as a breakthrough moment for the alliance in how it addresses climate change. In March, NATO foreign ministers had endorsed a new Climate Change and Security Agenda, and its Secretary General Jens Stoltenburg had built up expectations through media interviews and press statements. Doug Weir takes stock of what we learned.

With the UK legally bound to reach net zero by 2050, and the MoD pledging a contribution towards that aim, the delayed COP26 climate meeting approaching, and with many NATO members championing the importance of climate security in international fora, there were hopes that the summit would mark a step change in attention on the military’s contribution to climate change. So how did they do?

To answer this we can use the benchmarks contained in the joint civil society call on military emissions that was launched in late May. The call sets out our expectations for what it would take for any military emissions pledges made by NATO, or at COP26, to be meaningful. We have three sources of information on NATO’s position following the summit: the summit communique, the Climate Change and Security Agenda and Stoltenburg’s post-summit press conference. Italics have been added, where appropriate.

In line with all sectors of society, it’s vital that clear greenhouse gas (GHG) emission reduction targets are set for militaries. These must be consistent with the 1.5oC target specified by the 2015 Paris Agreement. In his press conference, Stoltenburg said that: “…all Allies made a clear commitment to significantly reduce military emissions. We also agreed to set concrete targets for NATO to contribute to the goal of Net Zero emissions by 2050.”

At this point it’s important to separate out what NATO is agreeing to do – and which covers those forces that members contribute to it, from what its member states are agreeing to do for their militaries more generally. This latter goal being the more important from an emissions reduction perspective. In the communique, which Stoltenburg was reflecting, NATO member states agreed ‘…to significantly reduce greenhouse gas emissions from military activities and installations without impairing personnel safety, operational effectiveness and our deterrence and defence posture.’

No clear target was provided by member states for their military emissions cuts, beyond ‘a significant reduction’, nor on the scope of the emissions that would be reduced. The caveat of impairment to deterrence and defence posture, while unsurprising, could doubtless be used to limit the ambition of any pledges made.

When it comes to ambition, it should be noted that the preamble to NATO’s Climate and Security Agenda observes that: ‘As parties to the United Nations Framework Convention on Climate Change, and signatories of the Paris Agreement, NATO Allies have recognized the need for an effective and progressive response to the urgent threat of climate change, and subscribed to the goal to limit global warming to well below 2, preferably 1.5 degrees Celsius, compared to pre-industrial levels.’ The absence of a clear emissions target feels rather disconnected from this obligation.

The goal for NATO’s operations is somewhat more progressive. In the communique, member states ‘invite the Secretary General to formulate a realistic, ambitious and concrete target for the reduction of greenhouse gas emissions by the NATO political and military structures and facilities and assess the feasibility of reaching net zero emissions by 2050.’ However, this is still not a 2050 net zero commitment, but a feasibility study towards that goal.

As numerous studies have shown, the current policy of voluntary emissions reporting for militaries has contributed to a lack of transparency over their emissions. What is reported, and how it is reported, is vital, not just for the benefit of the public, but also for militaries if they are to identify opportunities to reduce emissions. As a result, our call urges states to commit to GHG emission reporting mechanisms that are robust, comparable and transparent, are based on the internationally recognised GHG protocol, and which are independently verified.

Echoing NATO’s climate change agenda, the communique states that ‘…NATO will develop a mapping methodology to help Allies measure greenhouse gas emissions from military activities and installations, which could contribute to formulating voluntary goals to reduce such emissions.’ This methodology would draw on the best practice of member states, and ‘take into account their different national circumstances.’

This raises several issues. What will be captured in the scope of the methodology, will it just be peacetime emissions, or also those during conflicts? Will it take military supply chains into account? Will it be based on standard approaches to emissions reporting and will it be transparent? On the question of how the methodology will be used. It is perhaps symptomatic of the lack of consensus among NATO member states that their endorsement of the proposed process is so weak.

Clear goals, comprehensive reporting and transparency are crucial components of emissions reductions initiatives, what we have so far feels short of the mark. NATO will need to address these in its future methodology if it is to be viewed as credible.

The three summit outputs touched on a number of the other benchmarks established in the joint civil society call. The need for targets for energy transition are alluded to in the climate change agenda, where the methodology proposed by NATO above will help to capture data on energy demand and consumption. This would be a first step in the transition process. It also notes that ‘NATO will also study the feasibility of scaling up innovative low carbon technologies through its own procurement practices.’

The NATO positions were silent on the need for emissions reduction targets for the military technology industry, and beyond the proposed NATO methodology, information on how emissions would be reduced was largely absent. For example, prioritising reductions at source, rather than through offsets, or making best use of military lands for carbon sequestration and biodiversity. Nor was there any sense of connection between the drive for greater military expenditure on equipment and increased emissions. With the communique noting that: ‘Since 2014, European Allies and Canada will have added 260 billion US dollars by the end of this year … Our overall security and defence depend both on how much we spend and how we spend it.’

There were signs that the pledges would be followed up on with reporting, with the agenda proposing that: ‘To track the progress made, re-assess the level of ambition, and inform the way ahead, the first Climate Change and Security Progress Report will be delivered at the 2022 Summit.’ There were also positive signs of openness to engage with civilian actors including the EU, UN and civil society and academic experts.

And so to the good. Institutional change is difficult. All the more so when it is in an industry whose operation is predicated on the consumption of vast quantities of fossil fuels, and which has long enjoyed a sense of exceptionalism from the environmental norms that other sections of society are expected to follow. In this respect, those individuals within NATO, and those in its member states who have been championing the need for emissions cuts deserve credit. NATO acts by consensus and the tensions this has created can be seen in some of its positions.

Similarly, the new attention to the security risks being created by climate change is welcome – providing that it acknowledges that there are no hard security solutions to the human security threats being created by the climate crisis. Nevertheless, NATO will only be seen as a leading actor in this space if it, and its members, address their own contribution to the crisis. We also need to bear in mind that, while NATO members represent a considerable proportion of the world’s militaries, there are many more out there that have yet to make any commitments to reduce emissions, or to engage in a dialogue on them. This underscores the importance of NATO’s credibility and leadership, and the importance of the alliance turning words into actions.

And on to the bad, the summit did not deliver the clear commitments on emissions reductions from NATO members that many had hoped for, nor on emissions reporting or transparency. To present it as otherwise, as the media lines have suggested, undermines NATO’s credibility and that of its members. Progress on military emissions is urgently needed at COP26. With it fast approaching, a group of those states that are further advanced in their commitments to reducing them should come together as a “higher ambition coalition”, and in doing so, champion the 2050 net zero goal. 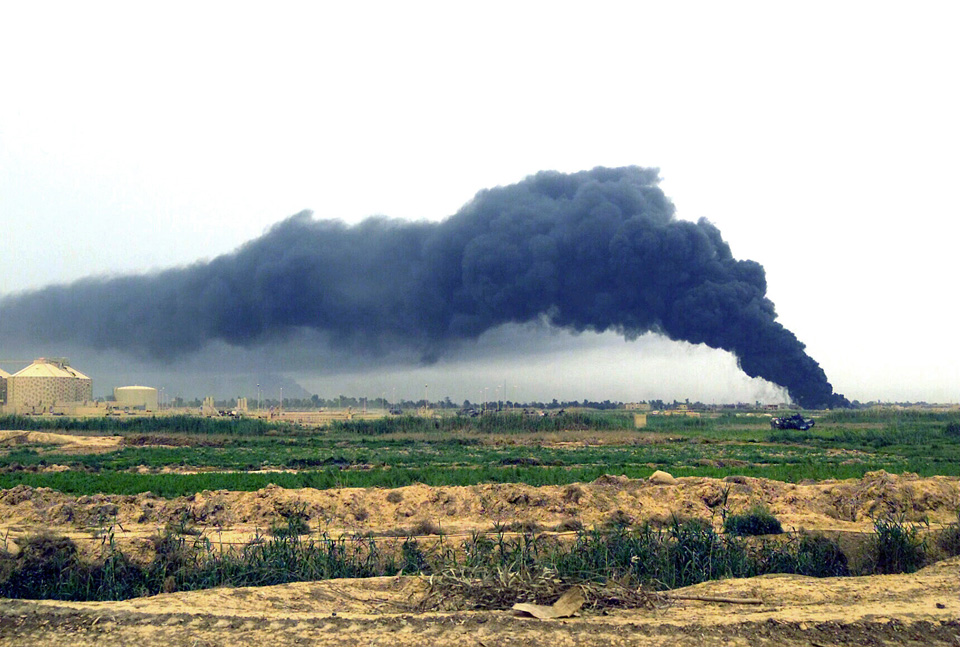 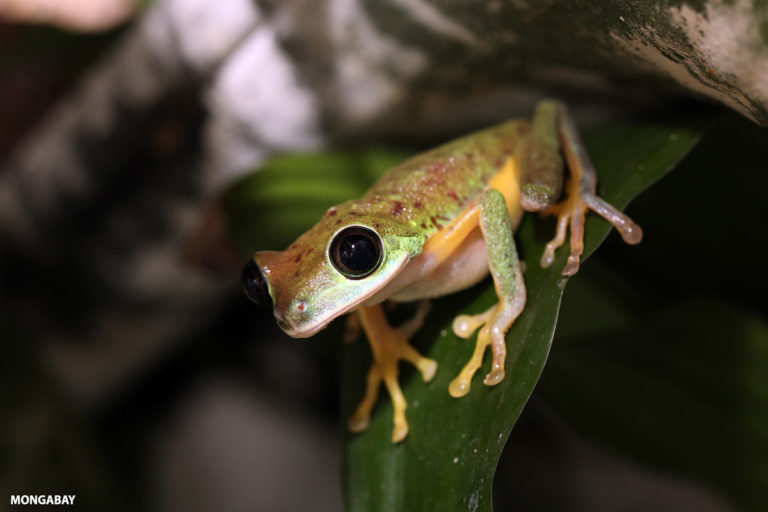