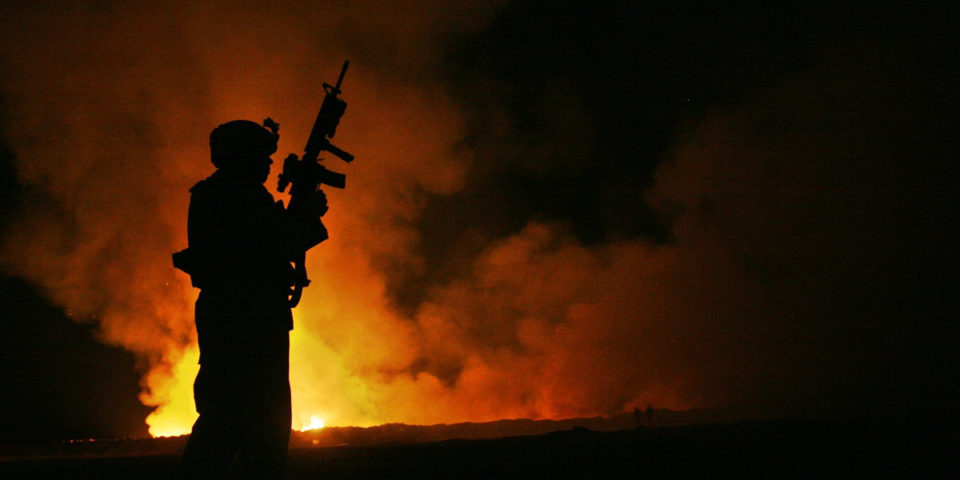 In the last few decades the military has been forced to confront the risk from toxic exposures faced by personnel, could their approaches be used to inform greater protection for civilians too?

Military personnel may come across a number of natural and anthropogenic environmental health risks during training, domestic operations and overseas deployment. Veterans groups and politicians have placed militaries under significant political pressure when exposures have been linked to negative health outcomes. The response has been to seek to integrate data on environmental risks and exposures into health monitoring programmes. Could these systems, and the data they contain, help inform approaches aimed at monitoring the risks to civilians from toxic remnants of war?

Maintaining the health of military personnel was historically perceived as keeping troops fed, watered and free of disease. However with the chemical and technological advancement of warfare, and increased knowledge of environmental health risks, it later became apparent that exposure to potentially harmful substances had the potential to affect the health of personnel both on and off the battlefield.

Between 1962 and 1972, the Vietnam War saw returning troops complaining of a range of illnesses that were attributed to the use of herbicides – of which the best known is Agent Orange – that were contaminated with dioxin, a known human carcinogen. Benefits have subsequently been awarded to troops under a presumptive disease model. For some, they had simply to prove that they set foot in Vietnam between 1962 and 1972, with no link having to be made between potential exposure and the location of their deployment.

In the case of Agent Orange, the lack of comprehensive environmental sampling and analysis proved problematic, preventing a clear relationship between contamination and exposure from being made.  Nevertheless, and under considerable political pressure, the US Department of Veterans Affairs eventually recognised the link between herbicide use, exposure and the increasing number of veterans complaining of ill health; recognising some association of causality and allowing compensation to be awarded.

The aftermath of Operation Desert Storm in 1991 saw a more concerted effort to determine causality between exposures and ill health in returning US personnel, this was assisted by increases in the understanding of environmental health risks since the Vietnam War. The military once again found itself under acute political pressure, this time over Gulf War Illness. In light of these developments, laws were enacted that required that exposures from the Kuwaiti oil well fires be calculated. The US Army Public Health Command (USAPHC) subsequently established a database allowing Operation Desert Storm personnel to access exposure data to help ascertain the impacts on their health.

Although the database failed to include specific chemicals or the amounts that had been released, by the time the US embarked on Operation Joint Endeavour in the Balkans in 1996, a more comprehensive procedure was in place to record data from environmental sampling. Increasingly sophisticated and accurate sampling techniques and equipment were employed, allowing the military health database, and the range of datasets it contained to be expanded. However there were still difficulties in establishing individual exposures to specific substances and identifying links with any subsequent health outcomes. 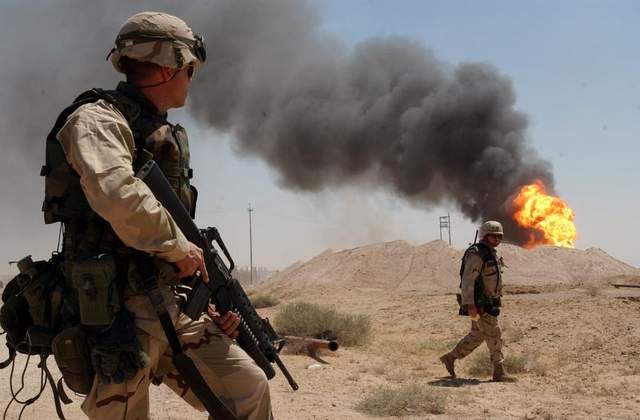 U.S. troops patrol near a burning oil well in southern Iraq in April 2003. Many troops were given a powerful antibiotic known as Cipro to prevent anthrax. (U.S. Navy)

Over time, the database that was maintained by USAPHC evolved into the Military Exposure Surveillance Library (MESL), which features both classified and declassified access. There is also the Defence Occupational & Environmental Health Readiness System (DOEHRS), which provides regional data for site reconnaissance.

The MESL incorporates information from older data entry systems such as Periodic Environmental and Occupational Monitoring Summaries (POEMS) which in turn contain information from:

MESL incorporates standardised sampling and analysis techniques that provide a breakdown of military sourced contamination that can be compared against recorded background environmental conditions.2 Both acute and chronic exposures to potentially harmful substances that are reported by individual army members or medical staff are recorded in the database; adding to the knowledge medical staff can call on when seeking to determine the possible causes of emerging health problems. The data is also used to help inform military public health protocol in future missions.

MESL effectively acts as a record of the US Army’s environmental footprint from its military engagements, acting as a record of both environmental quality and health impacts. The wealth of information collated within MESL could also be of use in non-military applications. If greater access were granted, it could help with post-conflict environmental and public health response for civilians; providing crucial information on the substances that civilians caught up in military operations could have been exposed to.

While the geographical scope of the sampling may not cover all areas where civilians may be at risk, data held within MESL could nevertheless be a valuable resource, particularly where civilians live and work in proximity to installations. Such information would be useful in designing post-conflict public health monitoring and response for civilians.

Data held in MESL would have been particularly relevant for the environmental risks from the ISAF drawdown and closure of facilities in Afghanistan. It is currently unclear how much data has been shared with the Afghan government on pollution from ISAF bases. Of particular interest is data from air quality monitoring during the long-running deployment and the risks that the widespread use of burn pits may have posed to communities.

Unfortunately there is no legal requirement for this US data to be shared outside the military, even in interventions that are ostensibly undertaken to ensure the protection of civilians. However, the Swedish Armed forces Environmental Vulnerability Assessment (EVA) scheme has successfully coordinated data collection and sharing with civilian organisations in post-crisis response, with its overall aim to promote sustainable rebuilding and development.3 This shows there is scope for sharing military environmental and public health data and thus helping to increase the rate of post-conflict recovery.

More broadly, both the US and Swedish systems for environmental and health surveillance could perhaps inform models for gathering environmental data and integrating it into post-conflict civilian health surveillance. While militaries may be at a considerable organisational and financial advantage when it comes to implementing such broad data collection and management systems, the methodologies used for data collection and analysis may well be applicable elsewhere.

Ultimately the current systems were the result of political interest and pressure over the health of military personnel and which recognised that modern warfare creates a range of pollution hazards that can have implications for human health. The civilian population in these areas may be not have the luxury of either water purification or temporary deployments and, it could be argued, may therefore be at greater risk from these pollutants than the military. The question is who will advocate for health surveillance on their behalf?