Natural resources, plunder and reparations in the DRC, how the ICJ is setting precedents 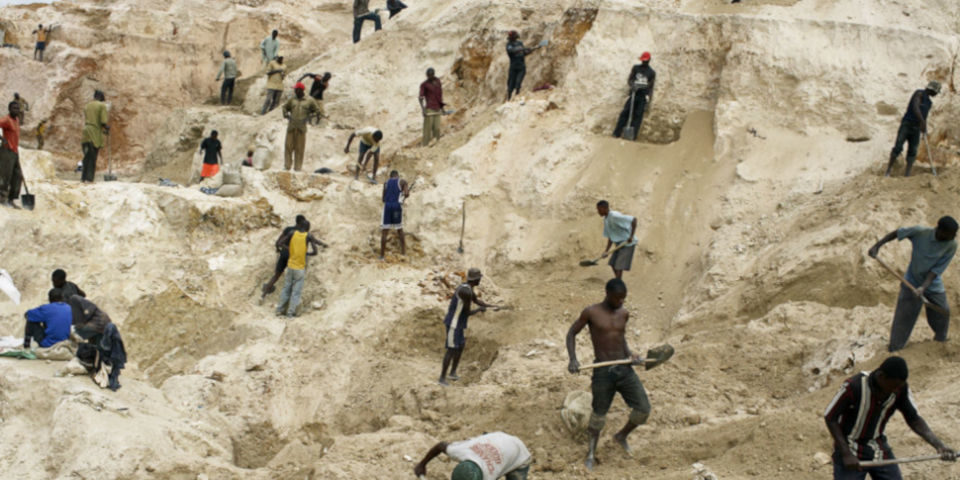 Are cases over the exploitation of natural resources in the DRC helping establish new norms over reparations?

What might reparations for the illegal exploitation of natural resources in armed conflict look like? This question may soon be answered by the International Court of Justice (ICJ) in the final episode of its long-running Armed Activities Case. In the meantime, Eliana Cusato considers the main legal findings of the ICJ in its landmark judgement, and the contribution of the World Court towards determining accountability for the pillage of natural resources.

The armed conflict in the Democratic Republic of the Congo (DRC) has been one the longest and most violent since the end of the Cold War. According to some estimates, around 4m people have died in the conflict, which began in 1994 and ended with ceasefire agreements signed in 1999 and in 2002 (although some episodes of violence continued in 2006 and later). The role of natural resources in fuelling and financing the conflict in the DRC has been so significant that the case of the DRC can be regarded as the paradigm of the “resource curse”. The linkage between resources exploitation, violence and armed conflict in the DRC has attracted the attention of the UN Security Council and has been the object of a number of fact-finding reports conducted by the UN Panels of Experts and the Porter Commission, among others.1 The issue of illegal resource exploitation has been addressed by the ICJ in the landmark 2005 judgement in the Case of the Democratic Republic of the Congo v. Uganda (Armed Activities Case).

The activities and violations that led to the Armed Activities Case originated in May 1997, when President Laurent-Desire Kabila overthrew the dictatorial regime of Mobutu Seseko and came to power with the support of Ugandan and Rwandan military forces. In July 1998, President Kabila asked (unsuccessfully) for the Ugandan and Rwandan troops to leave the DRC, instead Uganda maintained its military presence in the Ituri district in the east of the country. In the same area, the central government of the DRC was fighting rebel groups, most notably the Mouvement pour la Libération du Congo (MLC) and the Rassemblement Congolais Pour la Démocratie (RCD), which were supported by Uganda and Rwanda respectively.

Among the different legal issues raised before the ICJ in the Armed Activities case, such as the violation of the prohibition to use force against the territorial integrity of another state, human rights abuses and breaches of international humanitarian law (IHL), one of the most interesting was the DRC’s claim relating to the illegal exploitation of its natural resources, including mineral, coffee and wildlife products. The subsequent findings of the ICJ with regard to the DRC’s claim are extremely significant, as the 2005 judgement remains the first and only international judgement addressing the responsibility of a State for the exploitation of natural resources in a situation of armed conflict, or more precisely, in a situation of occupation.

The ICJ maintained that the primary rules breached by Uganda belonged to the realm of the laws of armed conflict. The court found that:

“…it has ample, credible and persuasive evidence to conclude that officers and soldiers of the UPDF (Uganda’s People Defense Forces), including the most high-ranking officers, were involved in the looting, plundering and exploitation of the DRC’s natural resources and that the military authorities did not take any measures to put an end to these acts”.2

Those acts were in violation of the international prohibition of pillage pursuant to Article 47 of the 1907 Hague Regulations and Article 33 of the 1949 Geneva Convention IV.3

In addition to the rules proscribing pillage in armed conflict, the ICJ relied on the law of occupation to identify the obligations violated by Uganda. On the basis of the available evidence, the court found that Uganda was the occupying power in the Ituri district. Therefore, Uganda was:

“…under an obligation, according to Article 43 of the Hague Regulations of 1907, to take all the measures in its power to restore, and ensure, as far as possible, public order and safety in the occupied area, while respecting, unless absolutely prevented, the laws in force in the DRC. This obligation comprised the duty to secure respect for the applicable rules of international human rights law and international humanitarian law, to protect the inhabitants of the occupied territory against acts of violence, and not to tolerate such violence by any third party”.4

The court thus affirmed that, pursuant to Article 43 of the Hague Regulations, an occupying power has inter alia the obligation to prevent resource exploitation that is unlawful under IHL and qualifies as pillage. Briefly, the court found that Uganda was responsible both for the acts of pillage committed by its military forces on the DRC’s territory and for those of private actors in the Ituri District, where Uganda was the occupying power.5

Lights and shadows in the ICJ’s judgement

The ICJ’s judgement in the Armed Activities Case represents a milestone in the area of accountability for resource exploitation in armed conflict for a number of reasons. Firstly, the ICJ has contributed to the clarification of the laws governing the exploitation of natural resources in armed conflict, by recognising that IHL (with the prohibition of pillage) and the law of occupation are the relevant legal frameworks. A second contribution of the judgement rests in its application of the law of State responsibility to target the unlawful acts of non-state actors.

The court maintained that an occupying State may be held responsible for the unlawful conduct of private actors (e.g. corporations, rebel armed groups) on occupied territory, when the State does not fulfil its obligations under the law of occupation. A third important aspect of the decision is the reference to the obligation of vigilance or due diligence. The ICJ found that an occupying power has a duty to prevent violations of international law taking place in the territory it controls, whether committed by its own military forces or by private actors. In the area of natural resource exploitation, the value of the obligation of vigilance can be appreciated especially in relation to the exploitation by non-state actors, whose conduct is more difficult to attribute to a State.

At the same time, the ICJ’s judgement illustrates some of the limits of existing international law regulating resource exploitation in armed conflict. The approach of the ICJ leaves open the question of attribution to the State of exploitation activities by private actors in situations of non-occupation (or situations that do not strictly qualify as occupation). Another issue that remains unaddressed, which could not be dealt with by the ICJ on the basis of the case before it, is the law regulating the illegal exploitation of natural resources in situations of non-international armed conflict.

As noted in the literature, non-international armed conflicts represent the majority of contemporary forms of armed conflicts and are often associated with unsustainable patterns of resource exploitation by the warring factions, for example in the conflicts in Sierra Leone, Liberia, Angola and Côte d’Ivoire. Unfortunately the ICJ refused to uphold the DRC’s argument based on the principle of permanent sovereignty over natural resources. The court observed that the principle, “which is a principle of customary law”, is not applicable to the type of situation object of the proceeding, meaning: “…the specific situation of looting, pillage and exploitation of certain natural resources by members of the army of a State militarily intervening in another State”;6 although the exact meaning of this statement remains unclear. Finally, it should be remembered that litigation before the ICJ takes the form of inter-state disputes, thus it cannot directly address the behaviour of non-state actors, most notably corporations, as well as other forms of responsibility such as international criminal liability.

Next step: the proceedings on reparations

In its 2005 judgment, the ICJ found that Uganda was under an obligation to make reparations to the DRC for the injuries caused, inter alia, by breaches of IHL, including the pillage of natural resources. The ICJ provided an opportunity for the parties to negotiate the form and amount of reparations but held that: “…failing agreement between the Parties, the question of reparation due to the Democratic Republic of the Congo shall be settled by the Court”.7 In July 2015, the court decided to resume the proceedings on reparations, as a result of the failure of the parties to reach consensus.

With a recent order dated the 11 April 2016, the ICJ has further extended the time-limit for the parties to file the Memorials on Reparations in the case. The new term for submitting the Memorials is fixed for the 28 September 2016 and this is not the first time that the ICJ has extended the time limit. Although concurring with the adoption of the order, Judge Cançado Trindade has raised some concerns over prolonging the reparations proceedings. Citing the maxim “justice delayed is justice denied,” Judge Cançado Trindade highlighted that: “…the members of the segments of the population victimized in the present case of Armed Activities on the Territory of the Congo have kept on waiting, for more than one decade”, for the reparations for the injuries they suffered (para. 4 of the Declaration, is not yet available on the ICJ website).

In spite of the limitations briefly noted above, the ICJ’s judgement in the Armed Activities Caseremains a fundamental reference for scholars and practitioners engaged with the protection of the environment and natural resources in armed conflict. For a niche but topical area of research and practice, which suffers from a scarcity of international precedents and the vagueness of the applicable rules, the ICJ’s judgement represent a first, much needed step towards accountability. The legal community – and indeed the victims of violations of international law – are now impatiently waiting for the next, and hopefully final, episode of the Armed Activities “Saga”: the parties’ memorials and the final decision of the court on the issue of reparations for the pillage of natural resources in the DRC. Stay tuned!

Eliana Cusato is a Ph.D. Candidate in the Faculty of Law at the National University of Singapore. Eliana’s doctoral dissertation focuses on the environmental dimension of armed conflict, and offers an assessment of the international legal frameworks and practice.