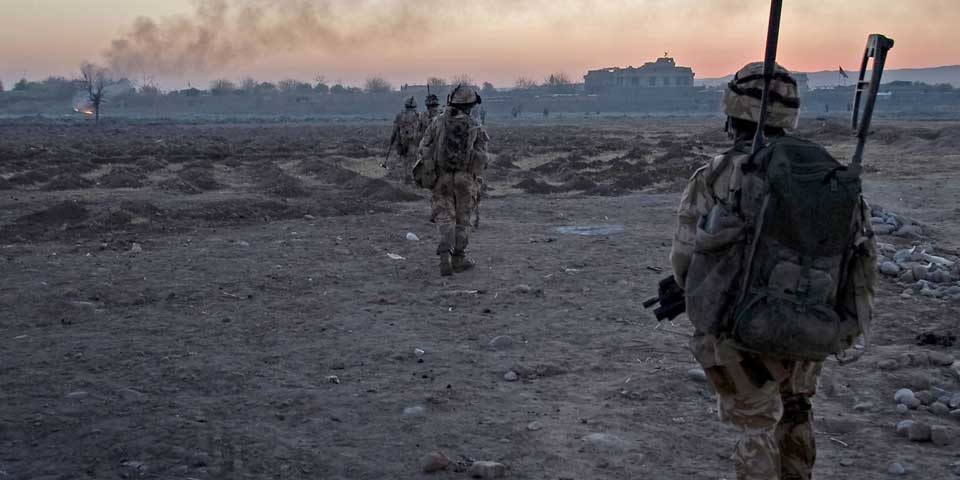 CEOBS has analysed the UK’s current practice on the protection of the environment in relation to armed conflicts and found it wanting.

Our analysis of the UK’s environmental conduct before, during and after armed conflicts has found considerable room for improvement in both practice and reporting. With a number of global initiatives currently underway to develop norms to reduce environmental harm and protect civilians, the findings of our report are of relevance to the UK Ministry of Defence, the Foreign and Commonwealth Office and the Department for International Development.

The study used draft legal principles developed by the UN’s International Law Commission (ILC) as a benchmark for the assessment. This is the first time that any state’s practice has been independently assessed using the draft principles, which are intended to enhance the protection of the environment in relation to armed conflicts.

In reviewing the UK’s practice, we found considerable variation in how it approaches environmental protection at each phase of the cycle of conflicts. We also found that if it chose to fully implement the draft principles into its practice the UK could significantly reduce harm to people and the environment. However, the UK has objected to a number of the key ideas that have underpinned the ILC’s work.

The ILC’s project to clarify and progressively develop the laws that protect the environment in relation to armed conflicts is nearing its conclusion after ILC members adopted 28 draft principles at a meeting in July this year. States, including the UK, will have an opportunity to debate them at the UN General Assembly later this month.

How did the UK do?

We found that the UK could improve its practice during all phases of the cycle of conflicts.

The UK could take a number of additional measures in peacetime and before conflicts to reduce environmental harm. This includes improving how the environmental effects of new weapons are studied, by agreeing to designate sites of particular environmental importance as protected zones that should be spared from attacks during conflicts, and by supporting tougher regulations on corporations operating in an area of armed conflict or in a post-armed conflict situation.

The UK has also cast doubt on whether human rights and environmental law should be used to help inform better protection during conflicts. It argues that international humanitarian law takes precedence but this principle of co-applicability has been key to how the ILC has approached its study.

The ILC also looked at how the law of occupation could be interpreted to help protect human health and the environment. The UK’s existing military policies reflect many of the ideas explored by the ILC, such as occupying powers having to use natural resources in a sustainable way, or ensuring that harm isn’t done to the environment, particularly where it may impact the health of the occupied population. However, until the UK makes a clear statement on this relationship its position and policies will remain unclear.

The UK scored fairly well on the principles that apply to environmental protection after conflicts. However, it is not always easy to find information on their conduct. Our report argues that improving environmental reporting and transparency across a number of these policies would help build confidence and encourage environmental mainstreaming.

“To the best of my knowledge, this is the first time a state’s practice has been assessed against the benchmark set by the ILC. The main finding is the lack or inaccessibility of information about states’ views and environmental performance in relation to armed conflicts. This only serves to underscore the importance of the timely work undertaken by the ILC. It is our hope that states will begin to be more open about their environmental conduct in relation to armed conflicts, and implement the ILC’s draft principles in their domestic law and practice.”

It is expected that the ILC’s draft principles will be adopted by governments in 2021, following an opportunity for states and other stakeholders to provide feedback. The draft principles are just one of a number of legal initiatives currently underway on conflict and the environment, and which are helping to establish a normative framework against which the conduct of states can be assessed. The UK’s position on the draft principles will develop in the coming months and we look forward to engaging with them on this topic.

Our full report: The United Kingdom’s practice on the protection of the environment in relation to armed conflicts is available online and in pdf here.