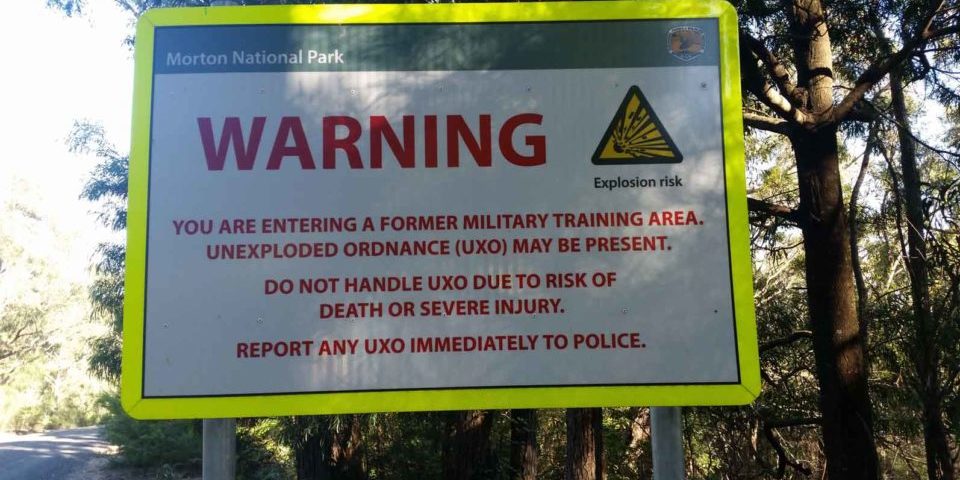 In considering best practices for the post-conflict management of toxic remnants of war, national standards intended to reduce risks to human health and the environment could serve to inform new norms.

The Australian Defence Force has a comprehensive management plan for sites contaminated by toxic remnants of war (TRW) and the Department of Defence recognises its responsibility to remediate sites contaminated by its military activities. Andy Garrity examines their remediation schemes and considers principles and practices relevant to post-conflict TRW management.

The Australian Department of Defence (ADoD) operate a large scale Environmental Remediation Programme (ERP) to tackle the environmental legacy of operations that has been amassed during the last 70 years, both domestically and overseas.

The Australian Defence Force’s (ADF) ERP was initiated in 2003, to deal with conventional contamination cases that arise from everyday activities on the ADoD estate. The ERP was then extended to include TRW historical contamination events, starting with an old chemical weapons stockpile that had been discovered at Columboola, Queensland in 2009 on the site of a proposed coal mine. Munitions were discovered containing sulphur mustard that had been abandoned by US forces following WWI. As a signatory of the Chemical Weapons Convention, Australia is obliged to report and remove any chemical weapons on its territory and worked with the US to manage the highly toxic and carcinogenic munitions.

Another TRW remediation programme was the Army Aviation Centre Oakley in Queensland. This site was found to have a number of contaminants in groundwater and soils. These included jet fuels and aqueous film forming foams (AFFF). A private contractor was brought in to assess the site and undertake remediation. Benzene, naphthalene and TPH1 (total petroleum hydrocarbon) were found in the groundwater and perfluorooctanesulfonic acid (PFOS)2, an AFFF, was also detected at concentrations that warranted its removal. PFOS and other AFFFs are used for fire fighting.

Elsewhere, the Marrangaroo Army Depot near Lithgow, New South Wales was active from WWII until the late 1980s. It was used as a conventional ammunition and chemical weapons store, firing range and also for stockpile management, with ordnance disposal and demolition utilising open burning and burial in landfill. These ordnance disposal practises led to the contamination of soils with heavy metals and UXOs. Instances of localised contamination by organochlorine pesticides, heavy metals, phosphorous and nitrogen in surface waters, sediments and groundwater were also recorded around one of the weapons ranges.  A remediation programme using private contractors with military coordinators was carried out between 2008 and 2010 in order to mitigate the risks the contaminants posed.3

Materials published by the ADF recognise that a healthy environment is fundamental to the protection of civilian health and it therefore has a moral obligation to Australian civilians to deal with military contamination. Conscious of their public reputation, the ADF see their remediation programmes as a good way to keep public opinion on their side.

The ADoD utilises a risk based approach and maintains a Contaminated Sites Register Database (CSR). Its aim is to ensure that sites can be prioritised and that all known occurrences of contamination are accounted for, which enable recommendations for future schemes. The database lists thousands of confirmed sites of contamination at 160 sites and also lists thousands of instances of UXO contamination. The clean-up costs for contamination on current ADoD properties was estimated to be AU$440m in 2013 but this is thought to be a fraction of their total liability. 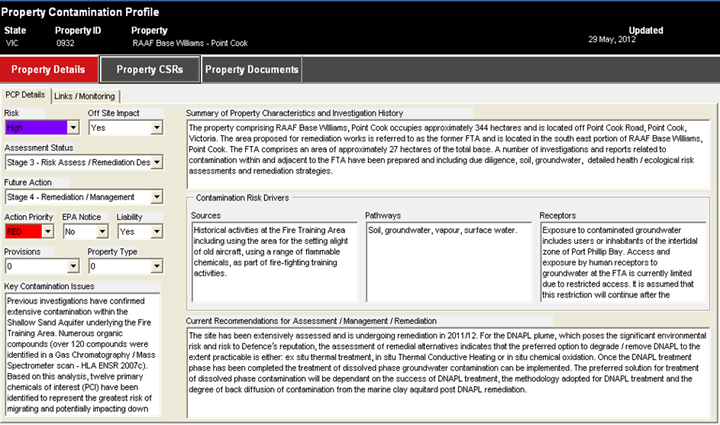 The use of a contaminated sites database model to collect and record data to allow the prioritisation of sites could potentially be applied to TRW incidents following conflicts. Greater transparency from belligerents and improved visibility and recording of incidents would all help populate a database of this type. It would help ensure that TRW assistance and health monitoring is channelled to where it is most needed.

The ADF’s environmental remediation programme has its legal basis in domestic environmental laws, such as the Protection and Biodiversity Conservation Act (EPBC 1999). The polluter pays principle is also increasingly common in Australian national legislation, for example in New South Wales’ Protection of the Environment Administration Act 1991 – Sect 6. While many states would baulk at the thought of the strict interpretation of polluter pays to wartime environmental harm, particularly where legacy issues are concerned, it could perhaps be viewed as a moral and legal basis for rules governing international assistance following conflict.

While the ADF’s risk based approach to TRW management is commendable there are still issues arising from the sheer scale of remediation that needs to be undertaken on the ADoD estate and abroad. As a major donor for UXO clearance in the South Pacific region, Australia is funding UXO removal on and around Palau, the Solomon Islands, Papua New Guinea and Kiribati. The UXO largely originate from WWII and range from high explosive bombs to hand grenades, artillery and small arms ammunition.4 Future clearance programmes like this should consider UXO and TRW threats together to reduce the environmental and health risks from contamination from heavy metals and the toxic breakdown products of explosive compounds such as picric acid.

Australia’s domestic approach to TRW management and remediation provides examples of useful practice that could help inform work on TRW issues in conflict and post-conflict settings. At the same time they help illustrate the current disparity in how military pollution is perceived and dealt with domestically and post-conflict.

Andy Garrity is a researcher with the Toxic Remnants of War Project.