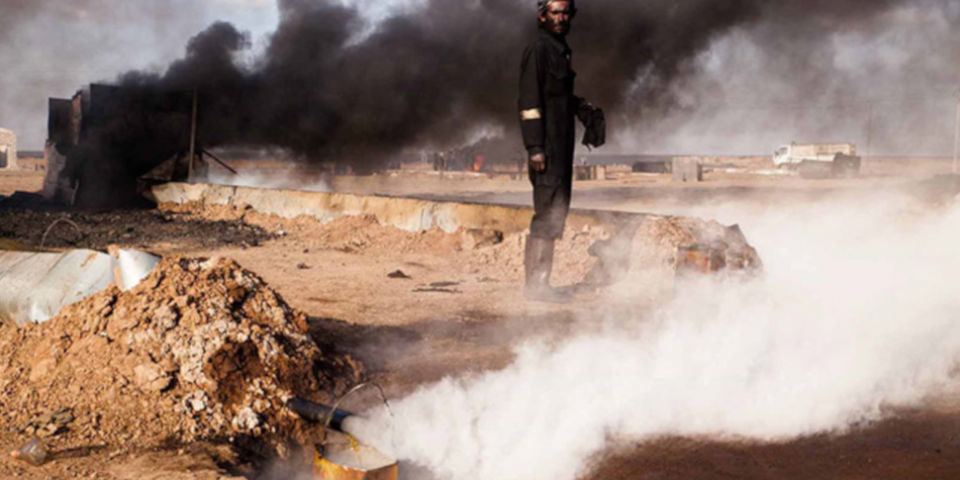 This month, Baskut Tuncak, the United Nations Special Rapporteur on human rights and toxics, presented the findings of his report on the effects of hazardous substances on the lives of children around the world to the 33rd session of the Human Rights Council. His conclusions were bold and brave for their implications on conflict: States should take responsibility for cleaning-up of the toxic remnants of war and provide medical aid to affected communities and individuals afterwards.

Environmental pollution as result of warfare is a topic of growing of concern among humanitarians, States, and legal experts. Children are especially vulnerable as their bodies are still developing and therefore more sensitive to toxic exposure, and the effects can ripple through their lives for decades.

Earlier this year, States voted by consensus to adopt a resolution at the UN Environmental Assembly that called for improved protection of the environment in conflict and ensure fast remediation and restoration of conflict-related environmental damage. This resolution was a major breakthrough for campaigners working to raise the profile of toxic war legacies.

The resolution also strengthened the ongoing work by the International Law Commission, a UN organisation which has been working for the last three years on improving legal protections of the environment during armed conflicts. In their latest draft principles, published this summer, the commission came up with nine draft principles on post-conflict obligations for States in relation to environmental damage, including a reference to toxic and hazardous remnants of war.

The international legal discussion is important, yet what is missing from these debates is a strong connection to the ground. Often researchers and advocates working on environmental and public health face questions about priorities in dealing with environmental matters during wartime. Research that documents the impact of conflict and clear-cut case studies are warranted to demonstrate to what extent civilians bear the brunt of conflict-related environmental damage. Moreover, concerns over the toxic legacies of war deserve more scrutiny when it comes to state responsibilities of clean-up, remediation, and prevention.

When discussing the impact of conflict on health and the environment Tuncak’s report provided a specific paragraph on explaining how children are affected by conflict-related pollution stating that:

“Toxic remnants of war inflict pain and suffering on communities long after the conflicts have concluded. In Iraq, independent studies suggest that birth defects have increased dramatically among children in conflict areas, who in many cases do not have access to medical care and treatment. Unexploded munitions, landmines, chemical weapons, pesticides, and other hazardous remnants of war and conflict persist worldwide.”

His words echo other cases when children faced exposure from hazardous war remnants, such as during the Vietnam War, when thousands of Vietnamese civilians and U.S. troops were exposed to Agent Orange, resulting in direct and long-term health effects on children as well congenital birth defects.

After the wars in Iraq in 1991 and 2003, anecdotal evidence and small studies also suggested an increase in congenital birth defects, this time linked to exposure to toxics such as the depleted uranium ammunition fired by U.S. and UK forces and other heavy metals from damaged industrial sites. Though there is no conclusive evidence of this link as of yet, the nature of chronic exposure in Iraq – there are stories of children playing on contaminated tanks and vehicles, being exposed to volatile rocket fuel, and families drinking from radioactive water barrels – poses serious concerns.

To limit childhood exposure to conflict toxics as well as ensure State responsibility for dealing with toxic remnants of war, the special rapporteur recommends that States should:

“Work with relevant national and international organizations on monitoring and identification systems for hazardous remnants of armed conflict. Governments must provide an effective remedy for hazardous remnants of conflict and other military activities, including funding for full remediation, comprehensive medical treatment, and compensation for individuals experiencing the effects of exposure to these materials.”

During follow-up discussion, representatives from Namibia and Palestine expressed their support for Tuncak’s approach (indeed, Palestine is dealing with a challenging environmental legacy of conflict). Pakistan, on behalf of the Organization of Islamic Cooperation, requested guidance on how the recommendations could be implemented, to which Tuncak responded with suggestions to improve risk assessment, financial support for clean-up of wartime pollution, and spread awareness.

The special rapporteur touches on a sensitive subject here, namely information on the use of certain weapons and responsibility of the toxic footprint of military operations, be it targeting industrial areas, dealing with hazardous waste from military bases, or providing aid to affected communities during the post-conflict phase. A pressing example is the U.S. refusal to release data on the use of depleted uranium in Iraq that could facilitate fast clean-up and awareness campaigns.

Another step forward would be mainstreaming environmental work into humanitarian organizations working in conflict, post-conflict, and disaster zones. As suggested by the Joint Environment Unit of the UN Environment Program and UN Office for the Coordination of Humanitarian Affairs, improved data collection on the environmental impacts of conflict would facilitate faster and more efficient response to cases like Syria.

Earlier this month, PAX published Scorched Earth and Charred Lives, documenting the enormous growth of primitive oil refineries employing tens of thousands of civilians in the Deir az-Zor province and Kurdish areas of Syria. Thousands of children, many of them orphans, are working day in and day out at these sites, being exposed to toxic fumes and other hazardous byproducts of crude oil refining. Groundwater, agricultural lands, and livestock may be contaminated for years to come.

These practices will have long-term consequences on public health. But there is little data publicly available on these sites, and contingency planning is needed to provide fast and efficient aid the moment humanitarian organisations are able to gain access. The findings of the report amplify the call by Tuncak to improve prevention (e.g., by avoiding collateral damage during air strikes), start risk assessment, and provide financial support and expertise to humanitarian and medical organisations.

A systemic approach to addressing the environmental impacts of conflict is being pushed for by advocates and experts alike. Leadership by states on this emerging issue is now of vital importance. Both states and international organizations should make way and begin implementing the recommendations of the UN special rapporteur, thereby protecting current and future generations of children from the horrific effects of exposure to the toxic remnants of war.

Wim Zwijnenburg is the project leader for humanitarian disarmament at PAX, a Netherlands-based NGO focused on promoting peace. This blog first appeared on the Wilson Center’s New Security Beat.