Understanding gender, conflict and the environment 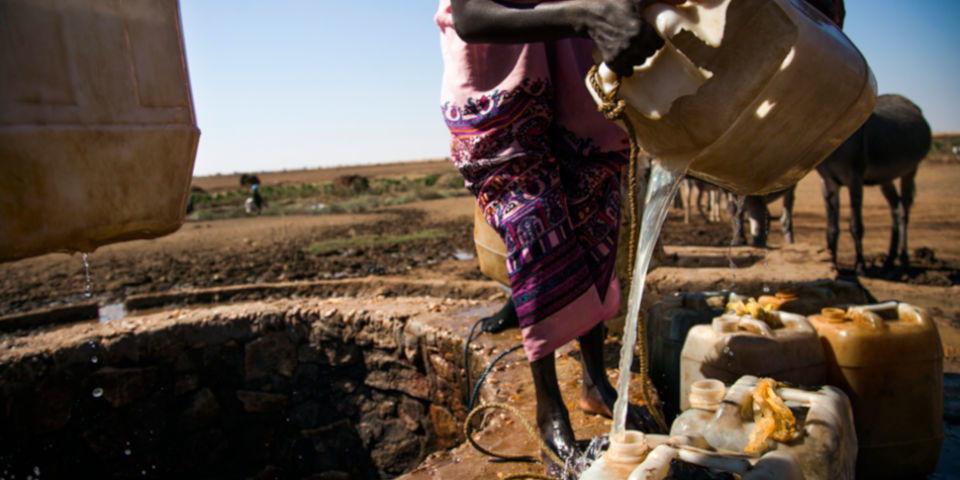 Wartime environmental degradation has gendered impacts, ensuring these are taken into account is critical for minimising harm and for sustainable recovery.

Last year’s landmark UNEA-2 resolution on conflict and the environment, the most significant of its kind since 1992, was the product of tough negotiations. Fortunately however, a hard-fought reference on gender made the final version of the text: ‘further recognising specific negative effects of environmental degradation on women and the need to apply a gender perspective with respect to the environment and armed conflicts’. Alexandria Reid suggests that the reference itself is unquestionably a positive step. But to effectively incorporate this gender perspective in future policy, we need to do more than just recognise the effects. Instead we need to fully understand and clarify what gendered approaches mean in the context of conflict, peacebuilding and the environment.

Gender and the environment: hidden rights, roles and responsibilities

The importance of gender in our understanding of the environment and conflict is often camouflaged. Take, for example, the infamous natural resource exploitation that characterised the conflict in the Democratic Republic of Congo (DRC), where the role of women in the exploitation of natural resources during the war is rarely acknowledged. Yet in the province of South Kivu in the eastern DRC, 70% of traders of illicit goods, including coltan, gold and copper, were women. Likewise, in Côte d’Ivoire, another conflict fuelled by natural resources, UN Environment recently documented gold mining sites run entirely by women in the centre-west of the country. These surprising figures reflect a mundane reality: approaches that fail to account for gender miss the fact that women are both frequently the primary managers of their local environment, and the main users of natural resources before, after and during conflict.

The pervasiveness of women’s responsibility for environmental management hinges on a gendered division of labour, in which women are often disproportionately responsible for providing ‘subsistence’ products such as food, water and fuel. This often-burdensome gender-specific role helps to explain the UNEA-2 resolution’s focus on the ‘specific negative effects of environmental degradation on women’. This is important because, whilst a sensitive approach to addressing gender-specific vulnerability and resilience has been widely embraced in the field of climate change mitigation, such an understanding is still lacking in policy on the environment and conflict.

For both men and women, failing to include gender in post-conflict policy is a flawed approach from both an environmental and a human rights perspective. As UN Environment notes, women’s roles mean that the well-being of whole households and communities frequently depends on their ability to access resources, including during conflict. And, as is the case with climate change and natural disasters, even where daily life is disrupted by armed conflict, women’s responsibilities tend to remain the same in spite of additional environmental pressures. These pressures include degradation directly and indirectly connected to armed conflict. This is evident in women’s experiences in Sudan, for example, where displaced women are still responsible for the collection of fuel and water, but deforestation surrounding refugee camps forces women to travel up to 3-6 miles further to find the same resources. This exposes them to an array of risks unique to their gendered environmental responsibilities, including theft, rape, harassment, and other forms of gender based violence.

A gendered approach to risk analysis also shows that a combination of social and biological risk factors can disproportionately expose women to health problems associated with the toxic remnants of war. Women and men are inevitably exposed to different types and concentrations of pollutants in war, including chemical contamination from conflict. Risk enhancing social factors might include occupational exposures through the informal scrap metal trade, or unregulated mining. They may also include a lack of access to healthcare, due to institutional collapse or stigmatisation, a distinct post-conflict issue faced by many women.

Gendered biological factors that affect risks posed by the toxic remnants of war include the physiological differences between men and women, and their resultant differential susceptibility to damage caused by exposure to toxic chemicals. For example, studies show that women’s physiology exposes them to greater risks than men because toxic substances and heavy metals are stored more easily in their bodies due to their higher fat content. This exposure to TRW can have generational effects, particularly in a reproductive context for women. Mothers located in the vicinity of the Da Nang airbase in Vietnam continue to transmit dioxins in their breast milk from the chemical Agent Orange, used in the Vietnam War in the 1970s.

Clearly then, throughout the life cycle of conflicts, individuals are affected differently by environmental damage and degradation because of their class, race, age and ethnicity but also because of their gender. Identifying and mitigating these risks requires a gendered lens, with an awareness of the often-overlooked extent of women’s relationships and responsibilities as environmental managers and consumers.

It is important to stress that, whilst a gendered lens is often seen as being synonymous with the inclusion of women’s perspectives, it applies to identifying gendered distinct risks to men too. As UN Environment note, only by first understanding and identifying the responsibilities associated with gender roles, can we then recognise the specific negative effects of conflict-induced degradation for both men and women, and plan accordingly. Crucially, some risks can then be alleviated by providing measures as simple as fuel-efficient cooking stoves or transport to resource sources.

There is an opportunity to be seized by identifying and responding to these gendered risks. A gendered approach can improve not only the lives of men and women in conflict and post-conflict situations, but it can also reap significant environmental dividends. This is the true spirit of the 2016 UNEA-2 resolution, which captures a deeper understanding of the environmental impacts of conflict, and the need to mitigate them throughout the life cycle of conflicts whilst also framing wartime environmental damage as a humanitarian issue, with references not only to gender, but also to human rights and the protection of vulnerable groups.

Harnessing these positive environmental dividends requires policymakers to think about gender and the way social roles shape everyday interactions with the environment in conflict affected areas. Where women are identified as the primary managers of local resources, effective management and reform will remain incomplete and ineffective if a gendered lens is not considered. For example, evidence from India, Nepal and Kenya shows that where women are involved in decision-making about water and sanitation facilities, the installations are better maintained, better frequented and more technically appropriate.

Likewise, understanding resource management and usage on the ground can help to minimise the more short-term environmental effects of displacement that often force people into unsustainable resource use and so worsen degradation in the long-run. Negative environmental impacts such as deforestation, soil erosion, and water pollution commonly associated with displacement can be better mitigated by empowering women to make sustainable environmental decisions. Well-recorded incidents such as the 58% reduction of woodland cover in areas around camps for refugees fleeing the Mozambique civil war in Zimbabwe 1994 could have been mitigated by increased female access to eco-fuel, for example. Eco-fuel briquettes distributed to women for fuel are already alleviating serious problems with deforestation and air pollution as well as gendered violence surrounding the Ugandan Nakivale refugee camps.

Finally, nothing should be more encouraging than the fact that all the necessary platforms and endorsements already exist at an international level for environmental peacebuilding to build upon a full commitment to a gendered approach. The international community is already committed to a gender mainstreaming strategy that requires all policy to be formed with an active awareness of gender in mind, and in peacebuilding more widely, the importance of gender has been fully recognised by the international community. The value of women’s participation in post-conflict peacebuilding is recognised in the historic UN Security Council resolution 1325 (2000) on Women, Peace and Security, and more recently in resolution 2242 (2015).

Getting it right, from the start

One of the best entry points for the inclusion of gender in environmental peacebuilding may be in the post-conflict environmental assessments that provide early roadmaps for countries emerging from war. But a study by the RAND think-tank highlighted that these assessments have so far ‘generally failed to address the differential effects of conflict on men and women’. Resolution 1325 stresses that to strive for gender equality, women must be included alongside men in both informal and formal institutions and political structures from the beginning of the peace process. These must include the environmental and natural resource specific reforms that are the subject of early environmental assessments, and a commitment to mapping the gendered impacts of environmental degradation in post-conflict assessments would help inform both humanitarian assistance and policy measures.

Last year’s UNEA-2 resolution is an opportunity to improve post-conflict environmental governance and to protect human rights, but both gender and the environment are cross-cutting issues that need more than fine words and inadequate resources. Meaningful change will require that governments, international organisations and practitioners follow through on the resolution with conviction, as well as with evidence-based policy-making.

Alex Reid is currently pursuing a master’s in Conflict, Security and Development at King’s College London, with a specialism in environmental issues. She can be found tweeting about the environment and armed conflict at @alexHREID