We need to talk about conflict and the environment 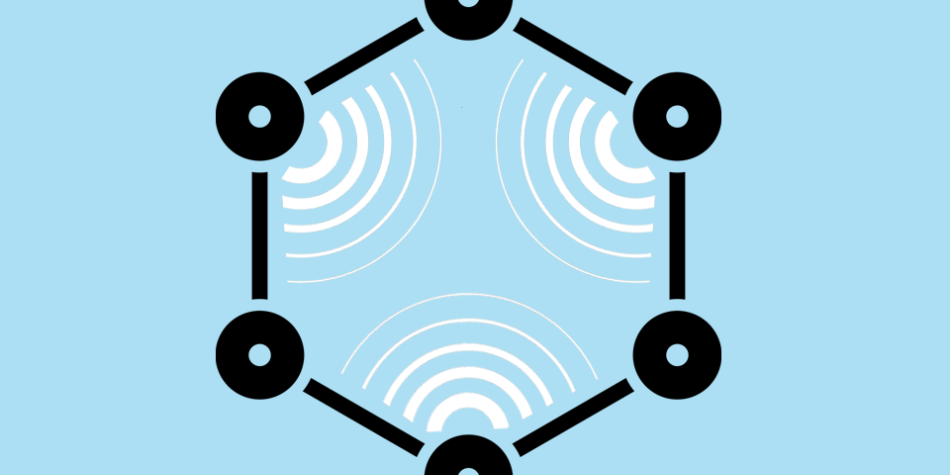 At a time of growing interest in the environmental dimensions of armed conflicts, it’s time that we began working more collaboratively towards greater environmental and civilian protection.

The passage by consensus of a wide-ranging resolution on the environmental and humanitarian consequences of armed conflicts at the UN Environment Assembly (UNEA) last month has helped to affirm that progress on this oft neglected issue may at last be possible. This blog explores why this is an auspicious time for work on conflict and the environment; how the resolution could bring together civil society organisations working across the topic, and what States and UNEP could do to facilitate this process.

Interest in protecting the environment from the impact and legacy of armed conflicts appears to go in roughly 20 year cycles. The two previous cycles, in the 1970s and 1990s, were triggered by the environmental harm caused by specific conflicts – the Vietnam War and the 1991 Gulf War. The current cycle appears a little different. This time around, the primary driver seems to be not a single conflict but instead a more profound understanding of the role of the environment as a driver and victim of conflicts, and how the patterns of harm affect not only what we view as the “natural environment” but also its dependent civilian populations. It’s also becoming increasingly difficult to avoid the sense that, if international environmental law were a medieval map, the area concerning environmental protection in relation to armed conflicts would simply read “here be dragons”.

At the suggestion of UNEP, both the ICRC and International Law Commission have sought to explore these waters in recent years. In doing so, they have followed in the wake of numerous academics and legal experts, and it is thanks to all these endeavours that the recent UNEA resolution referenced not only international humanitarian law, but also international law more generally as well as human rights law. Indeed, the current debate on strengthening the protection of the environment in relation to armed conflicts is being guided by the legal norms applicable not only during hostilities, but also those relevant before and after them.

So you’ve got a UN resolution, now what?

The UNEA-2 resolution contains a number of operative paragraphs whose implementation should inspire valuable follow-up work. States are urged to comply with existing international humanitarian law and called on to implement other areas of relevant international law. They are also invited to cooperate closely on mitigating and minimising the environmental harm caused by armed conflicts. There is a general call on all parties to increase awareness of the issue and for States to develop and implement programmes and development policies aimed at preventing or reducing the impacts of armed conflicts on the natural environment. This is all to the good and there will be opportunities for States, international organisations and civil society to contribute towards these aims between now and either December 2017 (UNEA-3) or December 2019 (UNEA-4). But what else should civil society be doing?

Attending a meeting on water in conflicts organised by Geneva Water Hub last week, it was clear that the other characteristic that sets this phase of interest in conflict and the environment apart from the two previous phases, is the number of currently disparate policy initiatives that intersect with the topic. Water is but one but you could also look at peacebuilding and natural resource management, wildlife crime and conservation, environmental human rights, the environment in humanitarian response and of course toxic remnants of war – to name but a few.

Historically and as a whole, the environment in conflict has been so vast, so cross-cutting, that the easy and logical gains were to be found in focused policy measures on discrete issues. As a result there are many different people doing many different things on different aspects of the topic. Naturally there is still much that could and must be done with these manageable approaches but has the breadth of the UNEA resolution, which touches on all the themes above, changed the playing field? Is it now time for us to work more closely together?

The evidence from the 1970s and 1990s was that without sustained engagement by States and civil society, interest in substantive progress on environmental protection in conflict rapidly tailed off following the conclusion of the conflicts that triggered the initial interest. There’s no reason to believe that this pattern wouldn’t repeat itself but, given the level of policy fragmentation that exists this time around, the UNEA-2 resolution could instead risk becoming just a positive blip in what is otherwise business as usual for the many international organisations, NGOs, thinktanks and academic institutions working across the field. It would be a shame were that to be the case, given that another opportunity may be a decade or more off in the future, and that momentum for change has already been slowly building since 2009. Furthermore, it’s clear that attaining the SDGs will require that we do more to address environmental degradation in all its forms.

Make no mistake, this is a good time to engage on this topic. There are huge reserves of knowledge that could be drawn upon to sustain an advocacy programme, be it from lawyers, researchers or field practitioners. It’s also clear from the level of interest and support from States during the UNEA negotiations that allies could be found among governments. In this respect it will be interesting to see whether the enthusiasm at UNEA will translate to support for the work of the International Law Commission on the topic this autumn. Will governments want to build upon the draft principles that the Commission’s Special Rapporteur will publish?

Auspicious times, but perhaps the greatest challenge will be whether all the many stakeholders can find common ground on an outcome to any future process, or even the nature of that process. Are we all too bunkered in our own particular fields of interest, or could we collaborate on something bigger? The breadth of the topic will make this challenging but it seems logical that its aims should be driven by the need to minimise harm from conflict and, given that some damage will always be inevitable, improve the current ad hoc systems of response in order to enhance protection for the environment and civilians. Similarly, while an abundance of relevant legal norms and principles may be available, they are useless without a means of ensuring their implementation, compliance and progressive development. The TRW Project published some initial thoughts on precisely these questions last year and we are keen to debate whether and how our proposed structures could fit with the wider environmental issues caused or exacerbated by armed conflict.

A role for UNEP?

The politically sensitive history of UNEP’s work on conflicts appears to have contributed to its under-utilisation of civil society in this field, certainly as far as advocacy is concerned. Compared to conflicts, the other pillars of UNEP’s work appear well supported by civil society stakeholders. This is unfortunate because, while there will always be different but potentially complementary roles for civil society and UN agencies, UNEP is uniquely placed to play a convening role to facilitate the involvement of the diverse civil society groups whose work intersects with the topic, be it on conservation, pollution or humanitarian response.

However, UNEP’s freedom to fulfil this important function is likely to be dependent on the support of Member States and UNEP’s incoming Executive Director Erik Solheim. Should this not be an option, it is likely that civil society will need to continue to self-organise. The history of both environmental and disarmament initiatives demonstrates that time and again, genuine progress has always been preceded by the forging of complementary links between States, international organisations and civil society, and conflict and the environment is no different in this respect.

A window of opportunity

The UNEA-2 resolution should be viewed as the latest manifestation of the renewed international interest in strengthening the protection of the environment in relation to armed conflicts. While it has already had an impact on the developing debate, its greatest value could yet be its potential to act as a vehicle to bring together all the varied entities and individuals with a stake in the issue.

It’s evident from even a cursory examination of the previous phases of interest in the topic that its current phase could provide far more opportunities for substantive progress than those that preceded it. However this will require that civil society be able to collaborate and find common ground on a process and outcome; it will require that UNEP explores how it could best use its role to facilitate the engagement of both States and civil society; and it will require that States, including those whose enthusiasm and support contributed to the passage of the UNEA-2 resolution, meaningfully and creatively engage with the topic.

By almost any measure, this is both an auspicious and exciting time for conflict and the environment. But the decisions made in the coming months, and for which we all share some responsibility, will play a huge role in determining whether the UNEA resolution was just that blip – albeit a welcome one, or whether it was the sign of something more significant.