What governments said about conflict pollution at UNEA-3 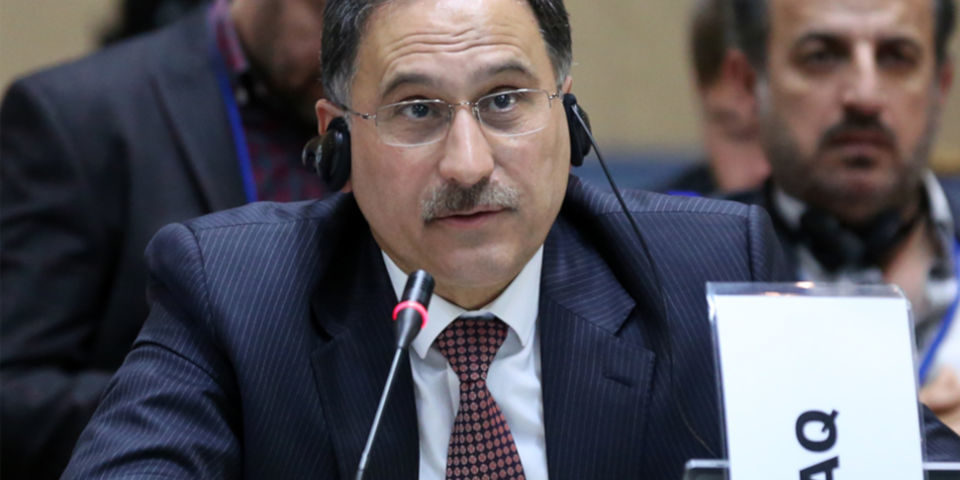 The plenary sessions of the third UN Environment Assembly (UNEA-3) saw a number of states highlight the environmental impact of armed conflicts and terrorism. These had been encouraged by the negotiations on a resolution on the topic at the assembly, which was ultimately agreed by consensus. The plenary statements were a reflection of national experiences and perspectives on conflict and the environment; Foeke Postma examines who said what, and why.

In the period leading up to UNEA-3, the focus was on the intense negotiations between states on a resolution on conflict pollution that had been tabled by Iraq. Unlike 2016, much of this was done bilaterally, rather than in open sessions but we believe that around twenty states were directly involved in the process. Some interventions were progressive, others regressive and, prior to consensus being reached on the draft, some of its language was intensely contested by states. Points of tension included whether it was possible to prevent pollution from conflicts or terrorism, the definition of terrorism and terrorist acts, climate change and security, and UN Environment’s mandate on conflicts. The public statements made by governments during UNEA-3’s plenary sessions – outside of the closed negotiations – presented an additional opportunity to gauge how states perceive the environmental dimensions of armed conflicts, and their relevance to their national experiences.

In their remarks about the resolution, Venezuela took the opportunity to express its rejection of all forms of terrorism, including state-terrorism, referring to the economic sanctions that have been imposed on them. Serbia, which had faced significant environmental damage caused by the 1999 NATO bombing campaign, recognised the “…devastating effects that conflict violence and terrorism have on the environment,” and recalled the need to link humanitarian law, human rights law, and environmental law, as a mean to address conflict pollution. This is a theme currently being examined by the UN’s International Law Commission.

Syria highlighted the “environmental disaster” that has resulted from its ongoing armed conflict, noting the severe damage inflicted to its oil industry, and the targeting of “vital service infrastructure and dams” by the “international alliance”. Syria did not clarify whether this also included Russian air strikes on its oil facilities. Its statement also highlighted problems with waste management and the conflict’s impact on agriculture. Its neighbour, Lebanon, took the floor to highlight the various environmental problems it has been struggling with that have been caused by international conflicts. This included oil pollution caused by the Israeli attack on the Jiyeh power station in 2006, and the environmental footprint of its camps hosting Syrian refugees, which have affected land use, water sources and ecosystems, and which have generated waste. They also expressed urgency in implementing the UNEA-2 resolution 2.15, which they co-sponsored and which addressed the environmental impact of displacement, and for member states to come up with an emergency plan that tackles the environmental impact of the refugee crisis.

In its statement, Norway touched upon the broader challenges for environmental protection in relation to fundamental human rights, and called for strong partnerships between civil society, academia and the private sector. On conflict pollution, Norway noted how conflicts can cause serious damage to the environment, and further stated that there is a collective responsibility on all states to protect the environment, and to secure safe drinking water, access to land and clean air. As one of the states most affected by armed conflicts and terrorism, Iraq summed up the many environmental challenges that it has been dealing with. These ranged from pollution caused by the conflict with the so-called Islamic State, to environmental degradation caused by climate change. They noted that many of their cities were particularly at risk from climate change, and further outlined their struggle in dealing with pollutants and threats to agriculture and food security.

Cote d’Ivoire explained that they are still struggling with toxic waste problems resulting from the civil war and the collapse of environmental governance, in spite of their ongoing work to establish institutional and legal frameworks to monitor pollution and carry out assessment work. Meanwhile South Africa used the plenary to express its concern with the language in the Iraq resolution. They argued that there was no scientifically established causal link between environmental degradation and terrorism – although this view runs counter to a UN Security Council resolution on the situation in the Lake Chad Basin that was agreed in March. Building on this view, they went on to argue that discussions on terrorism were outside UNEA’s mandate and that it should be addressed by other international bodies that are mandated to address security issues.

Regional and other statements

The statement by the Arab Group included references to the 2006 oil pollution in Lebanon and the environmental challenges posed by the influx of refugees from Syria, both in Lebanon and Jordan. It also praised the efforts of Sudan to clean up the environment and limit the effects of armed conflict and terrorism. Pakistan, speaking on behalf of the Group of 77 and China, “called for special attention to the need to safeguard the natural environment in times of armed conflict and terrorist acts”. Meanwhile Oman, speaking on behalf of the Asia-Pacific States highlighted a number of regional priorities, which included “…measures to preserve the environment in times of conflict and against terrorist acts”, linking them to the region’s commitment to the 2030 Agenda and to the pursuit of a pollution-free future

The secretariat of the Pacific Regional Environment Programme (SPREP) addressed legacy military waste from World War II, such as shipwrecks, as well as the contamination from nuclear testing. All of which, they argued, formed “part of the marine pollution story in the Pacific region”.

Erik Solheim, the Executive Director of UN Environment, thanked the State of Palestine and Israel for their “spirit of pragmatism”, in reaching a behind the scenes agreement over access for UN Environment to conduct an assessment of the environmental conditions in Palestine. The agreement helped head off another showdown over a resolution calling for such an assessment that came close to derailing the 2016 meeting of the assembly.

The Major Group for Children and Youth welcomed the Iraq resolution and strongly encouraged member states to:

“take into consideration the plight of countries which suffer the frontline impacts of pollution caused by conflicts and terrorism,”

calling for more solidarity to solve the problem of conflict pollution. In doing so they helped underline that the Iraq text was a resolution primarily about pollution, and not about terrorism, and that it is the youth who suffer the most from the problem of pollution in conflicts.

These statements show that environmental harm resulting from conflicts is a growing concern in the international community. The resolution ‘Pollution mitigation and control in areas affected by armed conflict or terrorism’ could play a valuable role in addressing some of these concerns, calling as it does for the better understanding of, preparation for, and rapid assistance to, areas and communities affected by conflict pollution. Additionally, the resolution also urges states to cooperate more closely on the issue, and offers further support for UN Environment’s post-conflict assessments. The challenge now will be to implement the resolution, something that is critical for the protection of the environment and communities.

Foeke Postma is a Programme Officer for humanitarian disarmament at PAX.