Whose responsibility is it anyway? Environmental obligations in the nuclear ban treaty 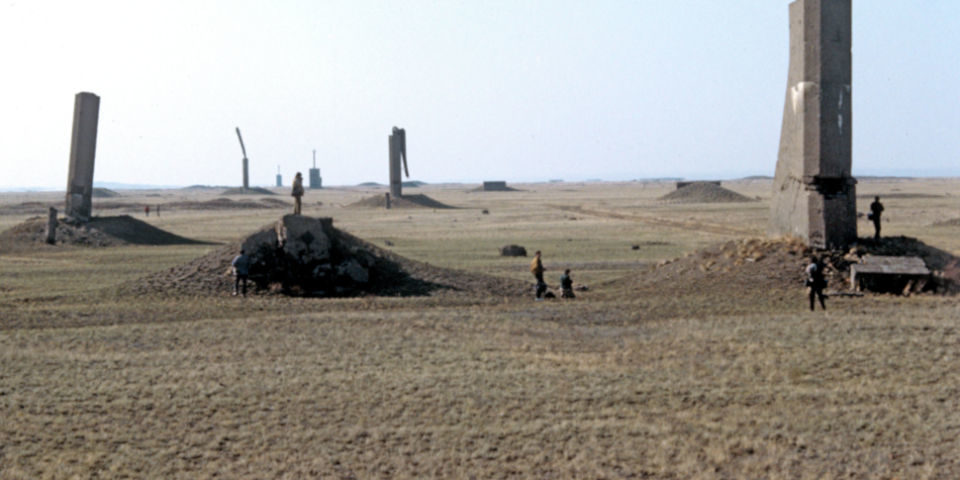 Categories: Blog, Law and policy, Military and the environment, TopicJune 29, 2017

The nuclear ban treaty needs to clarify obligations between the polluters and the polluted.

We’re just over halfway through the negotiations on a treaty banning nuclear weapons and, while some campaigners and states seem generally happy with the progress being made on the draft text, there are too few voicing concerns that its environmental dimensions have been neglected. This matters because the treaty is intended first and foremost as a humanitarian instrument, and yet protecting fundamental human rights requires that the environment that people depend upon is also protected. But in addition to the mechanics of how this can best be achieved, there lies a deeper question – who is responsible for measures to protect the environment and safeguard those fundamental human rights – the polluter or the polluted?

Last month we and many others raised concerns that the language in the first draft of the treaty contained no clear obligations on states affected by contamination from the use or testing of nuclear weapons to assist those harmed or to undertake environmental remediation. This stood in stark contrast to previous humanitarian instruments on land mines, cluster munitions and explosive remnants of war. It also ran counter to one of the core tenets of human rights law, whereby the state hosting victims bears the primary duty to protect and uphold their rights. The second draft of the text, which was published earlier this week, showed little improvement:

Delaying remedial environmental work until such time as international assistance is forthcoming, or retaining Article 7’s vague, voluntary language of “in a position to do so” on victim assistance would do little more than prolong the misery of affected communities. Delaying either until such time that the nuclear weapon states – who seem unlikely to rush to join the treaty for the foreseeable future – accept the wrongful nature of their acts, and provide financial and technical assistance for the harm that their actions caused, would also prolong human suffering. It should also be remembered that the costs of both environmental remediation and victim assistance increase with time, particularly where contaminants are mobile in the environment, complicating clean-up and increasing the pathways for human exposure, and increasing the number of people affected. Delaying remedial action is therefore in no one’s best interests.

There are numerous historical examples of where states affected by environmental harm from conflicts or military activities have accepted their duty to protect the environment and their people’s health without waiting for those responsible to finance these efforts. In July 2006, fuel storage tanks at the Jiyeh power plant in Lebanon were bombed by Israel. The tanks contained 75,000 tonnes of heavy fuel oil, 12-15,000 tonnes of which were spilled into the Mediterranean, the remainder burned. Lebanon acted quickly to address the health and environmental consequences of the bombing, calling for assistance from states, international organisations and NGOs. Over the following months and years, the damage was surveyed, assessed and remediated. While Lebanon has tabled numerous UN General Assembly resolutions calling for Israel to accept liability and provide compensation, this has not been forthcoming. Clearly the obligation and necessity to act to protect human health and the environment took precedence over the quest for compensation.

Another relevant case is that of dioxin contamination from the use of the herbicide Agent Orange in Viet Nam. From the 1970s until 2011, very little assistance was forthcoming from the polluter – in this case the United States – to the Vietnamese government. In 2011 the US agreed to fund remediation work at a limited number of contamination hotspots in Viet Nam – while accepting no liability for causing the contamination. Prior to this, in 2000, the Vietnamese government had already recognised their obligation to support the victims of dioxin exposure. Its Agent Orange Central Payments Programme offers monthly cash benefits to more than 200,000 veterans, civilians, and children exposed to Agent Orange. This mirrors the benefits provided by the US government to its own exposed veterans. While the bilateral political context must be considered, it is undoubtedly the case that the absence of a clear obligation on either polluted or polluter state to address the health and environmental legacy of this toxic remnant of war led to a decades-long delay in response, which in turn served only to increase human suffering and ultimately, the cost of remediation.

Finally, and perhaps most saliently for the nuclear ban treaty, is Kazakhstan’s response to the legacy of Soviet nuclear testing. Between 1949 and 1989, the Soviet Union conducted 456 nuclear tests at its site at Semipalatinsk in Kazakhstan – 340 underground and 116 above ground. As soon as Kazakhstan became independent in 1991, its then president immediately closed the site and ordered that medical help and compensation be made available for the victims of testing. In spite of the ongoing reluctance of Russia to fund remedial work (what international assistance there has been available has primarily focused on the removal of insecure plutonium at the site), the government subsequently established national research centres mandated to study and address the health and environmental legacy of contamination. That’s not to suggest that the legacy of testing has been resolved – far from it – but the government did recognise its obligations to tackle the problem.

The three examples above all demonstrate that these states affected by the radiological or toxic legacy of conflict and military activities have recognised their national responsibilities to minimise their consequences for human and environmental health. In each case, this has been done without waiting for the acceptance of liability by the polluter, or compensation for its actions. They also help show that swift action is necessary to reduce human suffering and environmental harm, and to reduce the eventual financial cost of remediation.

States in favour of a genuinely humanitarian-orientated treaty must therefore ensure that it contains positive obligations for victim assistance and environmental remediation. The primary duty bearer for these obligations should be the affected state, with a clear mechanism for international assistance from state parties and international organisations, but which should in no way exclude their right to utilise other pathways for financial redress. However, states should be conscious that legal efforts in pursuit of polluters are invariably complex and slow. Affected communities cannot, and should not, have to wait for the conclusion of compensation cases against the nuclear weapon states before they receive assistance.

The obligations on affected states for victim assistance and environmental remediation must be structured, explicit, transparent and measurable. For environmental remediation that must include an obligation to survey and assess affected areas under their jurisdiction and control; to undertake needs assessments, ensure resource mobilisation and the development of a national action plan; to ensure the marking of contaminated areas and awareness-raising to minimise exposures; and ultimately should seek to remove, control or contain contamination at sites, based on international radiation management standards. For those states determined to pursue nuclear polluters through international courts or tribunals, the outputs of a number of these positive environmental obligations – in particular surveys, assessments and the development of national action plans – would have the added benefit of helping to inform the scale of the damages sought.

Setting the environmental tone in the treaty

What sets the nuclear ban treaty apart from previous international agreements on the explosive legacies of conflicts is the clear connection between the protection of human health and rights with the protection of the environment. The toxic and radioactive remnants of the use and testing of nuclear weapons are different to the explosive remnants of war, and the treaty text must reflect this. As a minimum, this suggests that international environmental law should be cited alongside international humanitarian and human rights law in PP8 of the preamble, which currently reads:

However, whether you are a state that is already willing to accept and promote positive obligations, or one of the few wrestling with the idea of differentiated responsibilities, the environmental dimensions of the treaty must be made clear from the outset. In this respect, a new preambular paragraph, perhaps modelled on PP5 on the unacceptable humanitarian suffering the weapons caused, would go a long way to setting the appropriate environmental tone in the treaty.

It’s unsurprising that states have focused on the hard security elements of the text during the first week, and there seems satisfaction in the room on their trajectory. This success should now encourage states to focus on the neglected elements of the treaty – victim assistance and environmental remediation – and in doing so help ensure that the final text matches the goals and aspirations that states themselves set at the start of this process.