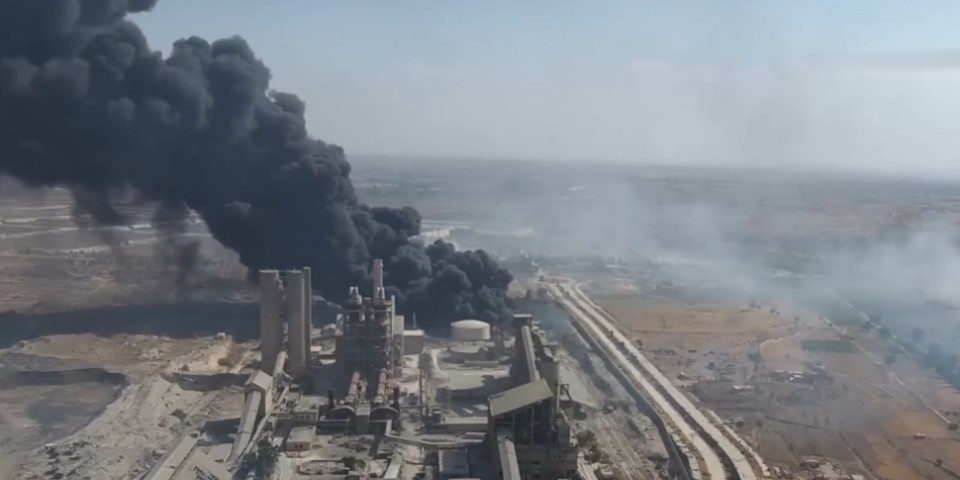 NGOs and leading experts have used the United Nation’s International Day for Preventing the Exploitation of the Environment in War and Armed Conflict to call for greater progress in efforts to protect people and the environment from the impact of warfare.

Highlighting the ongoing conflicts in Iraq, Libya, Syria, Ukraine and Yemen, the 33 organisations and 12 experts argue that conflict pollution, and damage to ecosystems and natural resources, pose immediate threats to human health and threaten reconstruction and peacebuilding.

The signatories, which include humanitarian, environmental, legal and development organisations, as well as experts in healthcare and conservation, highlight five priorities for the international community that would minimise harm to people and the environment they depend on.

The call comes amid signs that governments are slowly beginning to consider the environmental causes and consequences of conflicts. Next month at the United Nations Environment Assembly in Nairobi, governments will vote on an Iraqi resolution on conflict pollution: the so-called Islamic State set fire to over 20 oil wells in the country, which burned for more than eight months

At the United Nations Security Council, climate change is increasingly accepted as a risk factor for triggering conflicts, alongside the exploitation of natural resources. The United Nations’ International Law Commission has been tasked with reviewing the weak state of legal protection for the environment before, during and after conflicts. Meanwhile the need for greater consideration of environmental risks by organisations responding to the humanitarian crises caused by conflicts was on the agenda of humanitarian organisations at the United Nations’ Environment and Emergencies Forum this September.

The call signatories welcomed these developments, as well as new platforms for educating decision-makers on integrating environmental protection into post-war policies but argued that progress must be accelerated. Priority areas include increasing the United Nations’ capacity to monitor and respond to environmental risks, and supporting the progressive development of international law.

The full statement can be found below:

Joint statement by 33 organisations and 12 experts on November 6th, 2017

During 2017, the world witnessed another year of serious environmental damage inflicted by wars and armed conflicts. November 6th, the United Nations’ International Day for Preventing the Exploitation of the Environment in War and Armed Conflict is an annual opportunity to reflect on the environmental costs and consequences of warfare.

From the oil wells of Qayyarah in Iraq, set alight by the Islamic State, to the widespread damage to cities, towns and industrial areas throughout Iraq, Libya, Syria and Yemen. To the toxic risks of flooded coal mines and the shelling of industry and critical infrastructure in Ukraine, to the flows of hazardous waste polluting the shores of Gaza; the international community is failing to effectively address the environmental costs of warfare, in spite of the threats they pose to human health.

Environmental degradation linked to conflict, such as the loss of forests or the over-exploitation of drylands or water resources, can also drive insecurity and hamper peacebuilding. Conversely, the sustainable and equitable use of these same resources is often the key to building peace. This equally applies to oil and mineral resources, the exploitation of which helps to motivate and finance conflicts around the world. Ultimately it is ecosystems and communities that bear the brunt of environmental damage and the misuse of natural resources; harm that is often exacerbated by the wholesale collapse of environmental governance during conflicts.

In an era marked by global environmental challenges, it is paramount that the international community also recognises that strengthening the protection of the environment in relation to armed conflicts is both vital, and long overdue. Protecting the environment before, during and after armed conflicts means protecting the lives and the futures of communities. The health and socio-economic consequences of wartime environmental degradation interfere with the enjoyment of fundamental human rights and with sustainable development. Particular sections of affected populations may be disproportionately vulnerable to harm or exclusion from processes to protect their rights, such as women, but also children, the elderly, people with disabilities and indigenous peoples.

While there are signs that the international community is beginning to take steps towards addressing the links between the environment, conflict and the protection of civilians and ecosystems, much remains to be done. The topic is increasingly on the agenda of the UN’s Security Council and Environment Assembly. Its International Law Commission is reviewing the laws protecting the environment from conflict. Meanwhile new online platforms have been developed that focus on the environment in humanitarian response and in educating decision-makers on sustainable resource management.

On this #EnvConflictDay we make five calls to the international community