Members urge states and the IUCN to address conflicts and biodiversity 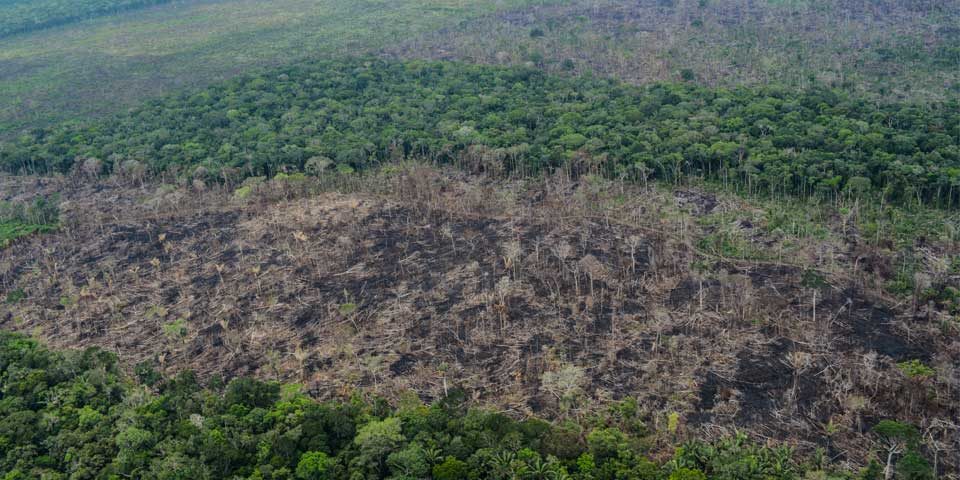 An IUCN Congress motion is urging the IUCN and its members to support the developing legal framework protecting the environment in relation to armed conflicts to reduce war’s toll on biodiversity.

This year has been described as a “super year” for biodiversity, with several global initiatives underway, including the International Union for the Conservation of Nature’s World Conservation Congress. The impact of armed conflicts on biodiversity is well understood but remains under addressed. Could a motion tabled ahead of the Congress help draw attention to this gap, and contribute to the web of initiatives aiming to enhance legal protection for the environment before, during and after armed conflicts? Stavros Pantazopoulos investigates.

The topic of the protection of the environment in relation armed conflicts (PERAC) is increasingly attracting the attention of the international community. The UN Environment Assembly adopted resolutions on the ‘Protection of the environment in areas affected by armed conflict’ in 2016, and on ‘Pollution mitigation and control in areas affected by armed conflict or terrorism’ in 2017. The UN Security Council held a second Arria-formula meeting in December 2019 on the environmental impact of conflicts, while the International Committee of the Red Cross is expected to issue its revised military guidelines on PERAC this year. And of course, the UN International Law Commission (ILC) adopted, on first reading, 28 legal draft principles (DPs) on PERAC last year, which will be finalised in 2021.

Against this background, members of the International Union for the Conservation of Nature (IUCN) picked up the PERAC baton ahead of its World Conservation Congress,1 tabling a motion on PERAC. The Congress was scheduled to take place in Marseille this June but has been postponed until January 2021 due to the pandemic. Nevertheless, online consultations on the motion between the IUCN’s membership concluded in mid-March, and this blog introduces the text, and discusses the main topics it covers.

Biodiversity protection before, during and after armed conflicts

Given the IUCN’s mission is to ‘[i]nfluence, encourage and assist societies throughout the world to conserve the integrity and diversity of nature and to ensure that any use of natural resources is equitable and ecologically sustainable’, it comes as no surprise that the draft IUCN motion on PERAC foregrounds the protection of biodiversity (preambular paragraph 1, operative paragraphs 2 and 4).

The relationship between war and biodiversity loss is by-now well-established. Armed conflicts have been proved to lead the loss of megafauna and their habitats, and help accelerate the depletion of forest cover. In addition, conflicts are linked to the illegal exploitation of natural resources, and help facilitate poaching and the illegal wildlife trade due to the uncontrolled flow of weapons. The collapse of biodiversity research and management in areas affected by armed conflicts only serves to aggravate these conditions, further complicating conservation efforts.

The draft motion not only extends the chain of international initiatives and instruments focusing on PERAC, but also promotes the linkages between them. This is clear in the motion’s double reference to the ILC PERAC DPs in operative paragraphs three and four. Its third operative paragraph ‘CALLS ON the World Commission on Environmental Law (WCEL) Specialist Group on Peace, Security and Conflict to develop model legislation and/or principles in line with the work undertaken by the International Law Commission where appropriate to help State Members protect the environment in relation to armed conflict’.

Two conclusions can be inferred from the above paragraph. Firstly, the ILC DPs are expected to form the reference instrument for PERAC in the years to come. Secondly, and building on the first conclusion, if the motion is adopted the IUCN could support its member governments in the implementation of the ILC PERAC DPs. Implementation of the principles will become a burning issue after the ILC DPs assume their final form in 2021.

In a very welcome move, the fourth operative paragraph ‘URGES Members to engage with the work of the International Law Commission on the Protection of the environment in relation to armed conflicts to ensure that the Commission’s principles adequately and appropriately address issues associated with sustaining ecosystems and preventing biodiversity loss’.2

This helps highlight the importance of operationalising the ILC’s PERAC DPs in order to prevent and reduce biodiversity loss. Biodiversity hotspots currently lack special protection during conflicts. As such it is important to emphasise that ILC DPs 4 and 17 could provide for the designation and protection of areas of major environmental and cultural importance as ‘protected zones’.3 Given the prevalence of non-international armed conflicts in recent years, it is also noteworthy that the two DPs apply to both international and non-international armed conflicts. And, as DP 4 is also applicable after armed conflicts, it could form the legal basis for contemporary best-practice tools, such as the creation of peace parks.

Wildlife crime has at times been used to provide funds to non-state armed groups,6 funds that can be used to acquire more arms, allowing further exploitation, as in Rwanda and the DRC.7 To address the multiple role of arms proliferation in biodiversity loss, the motion ‘URGES State Members to use the United Nations Programme of Action on Small Arms and the Arms Trade Treaty to address the uncontrolled circulation of small arms and light weapons, and their use in poaching and wildlife crime in regions affected by armed conflicts’ (operative paragraph 5). The UN Environment Assembly and the UN General Assembly have also requested that states adopt measures addressing organised crime networks implicated in wildlife poaching and trafficking.

Furthermore, the IUCN draft resolution ‘CALLS ON the Director General to strongly encourage the United Nations Security Council to address the issue of wildlife trafficking and environmental protection in mandates for UN peacekeeping operations, as appropriate’ (operative para 1). The role of UN peacekeeping operations in enhancing environmental protection, and the inclusion of the latter in the mandates of these operations, attracted considerable attention and support in 2019’s UN Security Council Arria-formula meeting, showcasing once more the linkages between the various initiatives addressing PERAC.

Now that the text of the IUCN motion has been agreed, it will either go to a vote of the IUCN’s membership (which comprises states, civil society and indigenous groups), or, if deemed controversial, to a vote at the World Conservation Congress. The latter option may allow scope for further changes to the text. Either way, it is hoped that another instrument will eventually be added to the expanding web of PERAC initiatives.

With its focus on biodiversity protection in relation to armed conflicts, the motion fills an important gap and contributes the much-needed perspective of the conservationist community to PERAC. This is timely, as the Zero Draft of the Post-2020 Global Biodiversity Framework fails to include any reference to biodiversity loss arising from the effects of armed conflict.

This is not the first time that an IUCN motion has addressed the threats that military activities and armed conflicts pose to biodiversity, or the role that natural resources can play in war and peace, far from it in fact.8 But with the ILC DPs soon to be adopted, and the profile of PERAC on the ascendant, there appears to be a compelling argument for the IUCN to more effectively address these issues in its activities.

While PERAC’s broad scope, and that of the ILC’s DPs, can present challenges, the IUCN motion demonstrates how it can also provide opportunities for engagement from a wide-range of stakeholders for whom armed conflicts intersect with their environmental interests. In this respect it can be anticipated that engagement can be expected in future from those working on issues such as business and human rights and other relevant fields.

The sponsors of the motion, and those IUCN members who responded positively to the consultations should be commended. Creating a web of mutually reinforcing initiatives around PERAC is not only important for establishing it as a normative framework, but ultimately for the implementation of the DPs following their adoption in 2021.