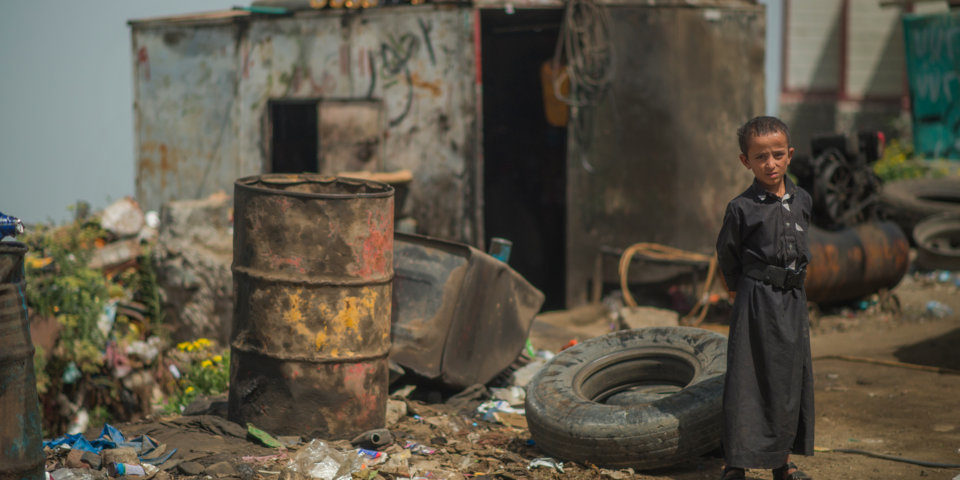 The 42 organisations and 16 experts from the fields of the environment, health, human rights, humanitarian disarmament and sustainable development argue that protecting people and ecosystems means that governments and the international community must move faster and further to address the environmental causes and consequences of armed conflicts.

The statement comes as conflicts around the world, and their aftermath, are continuing to take an enormous toll on people and the environment through pollution, infrastructure damage and the collapse of governance. But it also comes as our understanding is increasing over how stresses linked to climate change, water and food insecurity, environmental degradation or the unsustainable use of natural resources can contribute to insecurity.

The concept of environmental security includes a variety of issues involving the role that the environment and natural resources can play across the peace and security continuum, and their relationship to human wellbeing, development and security.

Acknowledging the interconnection between the environment and security provides insights into how the societal tensions over natural resources that can lead to conflicts can be reduced, how civilians could be better protected during conflicts, and how peace can be built and sustained in their wake.

Environmental issues are increasingly visible in countries affected by conflict. In southern Iraq, protests erupted over water contamination that has affected 110,000 people and which had been caused by years of conflicts, increasing water scarcity and mismanagement. The UN Security Council has recognised the role that climate change and environmental degradation have played in fuelling conflict in the Lake Chad region. In Somalia, the long-running conflict is being sustained by a vicious cycle of overharvesting for the charcoal trade and the degradation of agricultural lands.

The signatories argue that recognising the importance that environmental security plays for human security before, during and after conflicts is vital and should drive policy development. In doing so, they highlight the importance of properly integrating the environment into conflict prevention, into the analysis of conflicts, into humanitarian response and into post-conflict reconstruction and peacebuilding.

Joint statement on the International Day for Preventing the Exploitation of the Environment in War and Armed Conflict, November 6 2018

Today, our group of concerned civil society organisations, which includes academics, experts and scientists, are calling for the international community to enhance the protection of people and ecosystems by taking meaningful steps towards addressing the environment throughout the cycle of conflicts.

Environmental issues are increasingly at the forefront of armed conflicts across the world, directly affecting the lives of people, disrupting ecosystems, impairing the resilience of communities and impeding post-conflict recovery and peacebuilding. In the conduct of hostilities, breaches of international humanitarian law, international human rights law and international environmental law often threaten the environment and, by extension, human life, health and livelihoods.

Throughout the last year, we have witnessed numerous examples of the means through which environmental degradation and damage can threaten the security of people and states. In Iraq, the legacy of years of conflict, weak governance and climate change has resulted in water pollution that has hospitalised more than 100,000, generating popular protests and a violent response, while wildfires sparked by military activities have destroyed large swathes of forests in Kurdish areas of Iraq, Iran and Turkey. In Somalia, and Africa’s Lake Chad region, environmental degradation and natural resources are fuelling conflict and insecurity. In Israel and the Occupied Palestinian Territory, the environment and its resources continue to be damaged and degraded by the occupation and the conflict. In eastern Ukraine and Crimea, where the ongoing threat of an ecological disaster due to conflict, weak governance and crumbling infrastructure should be a motivating force for cooperation, politicisation and propaganda continue to stand in the way of progress. In Yemen, damage and disruption to water infrastructure and agricultural areas have contributed to its cholera outbreak and its food security.

However, while the outlook in many regions continues to be bleak, we recognise the increasing attention being paid to the environment in international security debates, in humanitarian response and in policy-making. Recent UN Security Council statements and decisions on the relationship between climate change and natural resources, and the integration of environmental data into security policy, are welcome. As is the increasing inclusion of environmental issues in post-conflict recovery and reconstruction processes and peacekeeping operations. The attention being paid to the environmental dimensions of armed conflicts by the UN Environment Assembly has already complemented and catalysed UN processes beyond Nairobi and, with its 2017 resolution on conflict pollution, created direct benefits for Iraq’s recovery. Similarly, we recognise the progress being made towards the completion of the International Law Commission’s study intended to strengthen the legal framework protecting the environment in relation to armed conflicts.

While it is clear that progress is being made, much remains to be done. Addressing the complex relationships between armed conflicts and climate change, migration, food security and water scarcity is becoming ever more vital. The primary victims of environmental degradation are often from among impoverished and marginalised communities with limited ability to defend themselves from exploitation and abuse, or seek protection or accountability from the law. Environmental security and sustainable development go hand in hand, but neither is possible without recognition of the role of the environment as a risk factor for conflict, as its victim, and as a critical component of post-conflict cooperation and peacebuilding.

How to move forward

This November 6th, we urge governments to recognise and acknowledge that human security depends on environmental security, and that attaining both requires meaningful steps to address the environment throughout the cycle of conflicts. States, international organisations, civil society, academia and affected communities all have a role to play in identifying and implementing innovative and practical solutions to enhance environmental security, and which protect civilians, their livelihoods and their futures. This is a task that has never been more urgent.

Therefore, this November 6th’s #EnvConflictDay we call on all governments and stakeholders to: