Report finds that Russia securitises the environment – but on its terms 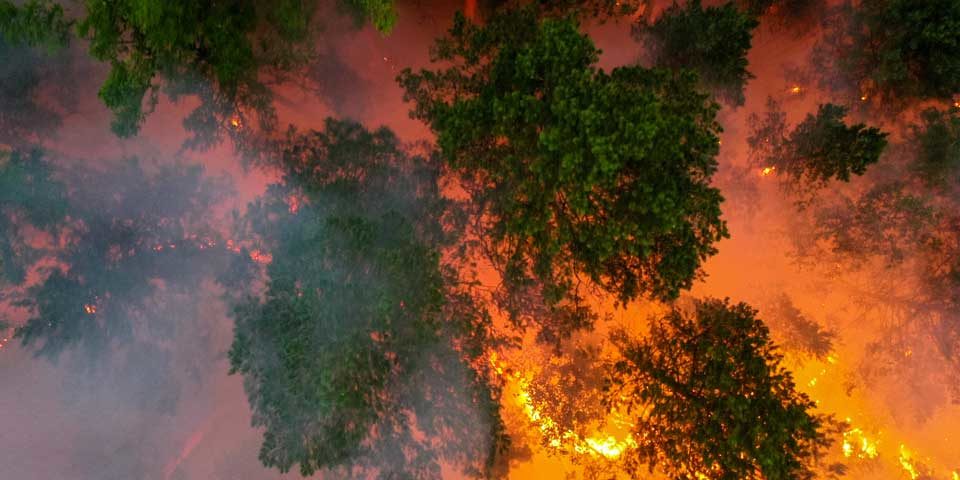 Russia should acknowledge that all states seek to enjoy environmental security, and support international initiatives intended to support that objective.

Our new report seeks to understand why Russia opposes measures to more effectively integrate the environment into international policymaking on peace and security. To do so it explores how and why the concept of environmental security features in Russian domestic, security and foreign policies. It is hoped that its findings will be of use to those working to promote the environment, peace and security in international processes. Nina Lesikhina and Doug Weir summarise its findings.

International attention on environmental security has increased markedly during the last decade, especially within the UN’s Security Council, General Assembly and its Environment Assembly. Yet in spite of the increasing number of statements and resolutions that have accepted the importance of the environment throughout the cycle of conflicts, a number of states remain reluctant to support measures to address its implications for peace and security. Of these, Russia is perhaps the most vocal.

We wanted to understand the roots of this position, and to learn more about Russia’s long-standing objections to the securitisation of the environment in international fora and policy debates. Is it just a case of Russia setting itself in opposition to the often Western governments that have advocated around environmental and climate security in recent years, or are there other reasons behind it?

To explore the potential drivers of Russian environmental security policy we began by examining the history of environmental governance in Russia. Russia’s environmental legislation has developed since the early 1920s and, since the 1970s broadly in line with that of the wider international community.

Russia is a huge country, which is rich in natural resources. Because of its resource abundance, Russia’s approach to environmental protection is often highly responsive, rather than preventative in nature. For example, air and water pollution are mainly addressed through fines, with few incentives to introduce clean technologies or prevention strategies. Ongoing reforms to its solid waste management system came after its landfills were overcapacity, and its domestic climate policy only emerged when melting permafrost started to threaten oil and gas infrastructure.

While many countries’ environmental policies can be reactive at times, the pattern in Russia appears to be more pronounced than might usually be the case. Russia does have extensive environmental legislation, the most recent of which appears quite progressive at the strategic level, however enforcement remains poor.

Two other factors that may have influenced Russia’s views on environmental security are a lack of institutional capacity, and the politicisation of environmental issues.

Since the Soviet era, and due to the Cold War, Western sanctions and now underfunding, Russian science has at times developed in isolation from the international community. This has contributed to a lack of awareness and expertise in addressing environmental problems on a global scale.

Historically, Russian environmental NGOs and their Western partners proposed and actively promoted expertise sharing. However, the Russian government later began treating this as Western intervention in the economic development of the country. This resulted in legislation to restrict public participation in decision-making and the overall suppression of civil society. Critically, it also sowed the ground for the increased “politicisation” of environmental issues, which have always been classified primarily as economic problems.

Searching for clues in conflicts

Having examined domestic environmental policies, we then looked at Russian environmental practice during armed conflicts, focusing on Afghanistan, Chechnya, Syria and Ukraine.

In common with many armed conflicts, natural resources, mainly energy resources, played a role in each of the four cases. We found that Russia actively used natural resource management and environmental cooperation in each. For example in Syria, Russia has used them to enhance pre-existing economic interests; in Chechnya they were used to hasten the economic recovery of the region; while in Ukraine they have been used to promote political influence. Afghanistan, Chechnya and Ukraine have all seen significant budgetary resources allocated to address natural resource management and other environmental issues.

Although Russian military forces may conduct environmental impact assessments and rapid response to incidents during armed conflicts, these appear limited to high-risk situations, such as radioactive contamination posing a direct threat to soldiers or civilians located close to technological hazards. At the same time, Russia has also conducted scorched earth policies – in Afghanistan, and has deliberately attacked environmentally risky oil and water infrastructure in Syria. Acts like his reflect Russian views in international fora, which can be interpreted as a largely fatalistic approach to environmental protection during armed conflicts, while arguing that the existing legal framework providing protection is sufficient and that damage is inevitable.

Russian regulations assign some responsibilities to its military authorities for preventing environmental harm but the majority of these only apply during peacetime and almost exclusively on Russia’s territory.

The Russian concept of environmental security

The notion of environmental security first emerged in the USSR in the early 1980s in an article by Mikhail Gorbachev entitled The Reality and Guarantee of a Secure World, where he argued that it was an ‘organic part and a key element of the international security system’. However, Russia’s Environmental Protection Law would later conceptually frame it as a “state of security” with no reference to the need for prevention, or the role of human responsibility. A clear distinction was also made between the environment and human beings.

In Russian one word (безопасность) is used for both safety and security, and traditionally the first meaning dominated health and environmental narratives, which were often connected. In the context of national security, it is primarily the security of the national environment that is the concern, not the security implications of environmental issues.

Nevertheless, the concept is now commonplace in Russian legislation and policies. All recently developed or updated strategies on socio-economic development in Russia, and regional cooperation programmes, refer to elements of environmental security. Often it is linked to disaster management, resource scarcity and resource management. At other times in the context of food or energy security, or to nuclear, biological or chemical weapons security.

Other examples include the Russian Security Council’s establishment of special commissions on environmental security and climate change; interestingly, the number of meetings has doubled in recent years. Moreover, Russia’s National Security Strategy, its Water Strategy and its Policy Framework on Arctic Development feature environmental cooperation among their priority objectives.

The Russian Climate Doctrine calls for the consideration of climate change as one of the critical factors affecting national security, including in its defence capacity. Nevertheless, climate change is still widely recognised in contemporary Russian strategies primarily as a threat to economic development.

How environmental security is addressed in Russia’s international relations

Collectively, our analysis of relevant Russian legal and policy frameworks demonstrates that measures to address a wide range of environmental security threats to the Russian state are well developed. Our final question was whether this domestic acceptance was reflected in Russia’s international relations.

To try and answer this, we examined Russia’s stance on environmental security issues in statements before regional and international fora, in policy initiatives, cooperation programmes and in multilateral agreements in which Russia participates.

Russia is party to the main multilateral environmental agreements but prefers to maintain the status quo. At a global level, Russia could be viewed as using such agreements primarily as platforms to ensure its presence, and enhance business interests, rather than as tools to protect the environment.

In part this may explain Russia’s use of the environmental agenda in pre- and post-conflict areas, promoting international cooperation in natural resource management, transboundary environmental monitoring and development aid, for example in Central Asia and Syria. Similarly, climate change is communicated as an economic opportunity in the international context, for example, improved Arctic transport routes or, as was the case with the Kyoto Protocol, foreign investments in green projects.

Russia’s perception of environmental issues as economic problems that can be solved exclusively by technologies and investments – but not sanctions or interventions, comes from the history of environmental governance in Russia. We argue that this contributes to Russia’s opposition to the mainstreaming of environmental security themes within the highly political UN Security Council. Russia consistently argues that the Council would be an ineffective forum for addressing environmental issues.

Moreover, Western support for Russia’s environmental movement, and Western economic and political sanctions, which have included environmental cooperation and technical assistance, have contributed to Russian policymakers viewing the global environmental agenda as a threat to national sovereignty.

National sovereignty has also been the preoccupation of countries like Brazil, which also reject the securitisation of the environment. For Russia, its statements in the Security Council suggest that it fears that environmental security issues could be used as a pretext for military interventions in countries rich in natural resources. Russia regularly takes the opportunity to criticise Western governments’ interventionist policies based on the environmental harm they have caused. No mention is made of the harm caused by Russia’s military activities during conflicts.

Russia’s approach to environmental security issues in its regional back yard contrasts notably with its positions in international fora. In the Central Asian region, water and food security problems exacerbated by climate change, and transboundary pollution risks, have triggered opportunistic environmental cooperation between Russia and its neighbourhood countries.

Russia has also made environmental cooperation a must-have element of partnerships with politically strategic countries such as the BRICS (Brazil, Russia, India, China, South Africa). In this respect, Russia often uses elements of the environmental security agenda for economic cooperation.

Our analysis of Russia’s approach to environmental security found that Russia may oppose the securitisation of the environment because it contradicts its historical perception of environmental issues – as economic problems that can be solved by technologies and investments.

Moreover, a lack of expertise, the perceived politicisation of Russia’s environmental movement and Western sanctions have made Russian policy-makers feel politically insecure when it comes to the international environmental agenda. Russia might also perceive its further politicisation under the UN Security Council in particular as another attempt to challenge its resource sovereignty.

To address Russian concerns, our report makes the following recommendations for the international community:

A full set of recommendations for the international community, Russia and civil society are available in the report.

The report How Russia approaches environmental security is available to download here.

Nina Lesikhina is the author of How Russia approaches environmental security. She has worked with environmental NGOs in Russia for more than 15 years, with five years at Greenpeace Russia.