The military emissions gap: what militaries aren’t reporting to the UNFCCC 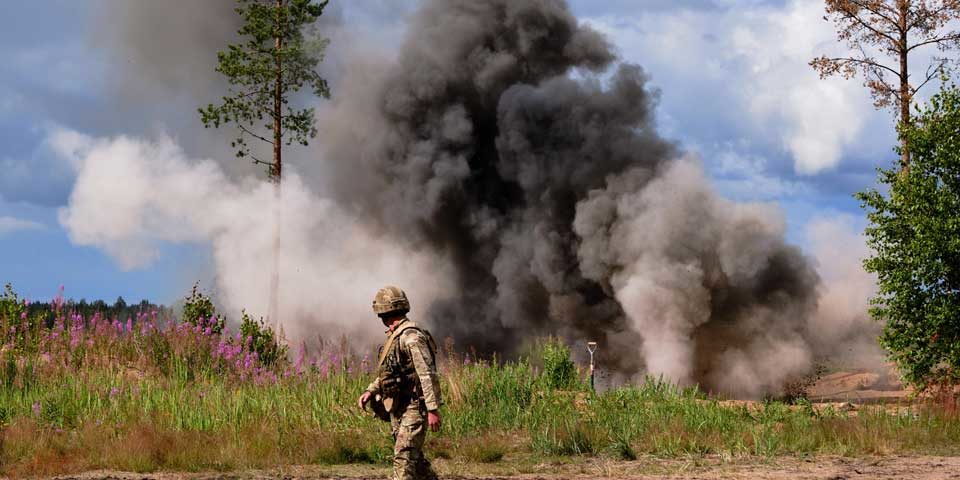 The standard and scope of military emissions data reported to the UNFCCC is unacceptable.

Under the United Nations Framework Convention on Climate Change, countries are obliged to provide an inventory of their greenhouse emissions. Guidelines from the Intergovernmental Panel on Climate Change state that these inventories should include emissions from military fuel use. So, what is being reported by the top military spending countries, and how useful is this data in understanding how much the military contributes to climate change?

No sector can be exempt

Combatting climate change needs reliable and comprehensive information on greenhouse gas (GHG) emissions, backed up by action to mitigate them. This means collecting and communicating GHG emissions data from all sectors. No sector should be exempt, including the military.

Transparency is critical for building trust and confidence, as well as providing a clear understanding of the action needed to tackle the climate crisis. As high consumers of fossil fuel, and with global military spending on the increase, it is vital that the GHG emissions of the military are reported and scrutinised. Scrutiny can help drive reductions, and transparency makes it possible to monitor any progress in reducing them.

Navigating the reports and GHG inventories submitted to the UNFCCC for military data is not straightforward. This is because, although Intergovernmental Panel on Climate Change (IPCC) guidelines request that emissions from military fuel use are reported under IPCC category 1.A.5 (Other, not elsewhere specified), it is often absent, or aggregated and reported elsewhere.

To help overcome these barriers, we have analysed and collated the most recently reported military emissions data for the top 60 military spending countries. To help make it accessible to everyone, we have built a new website to host it: www.militaryemissions.org. One aim of the website is to help users see which countries’ reporting is in line with current IPCC good practice, and where gaps still remain. The website is a collaboration between CEOBS and Concrete Impacts – a UKRI research project from Lancaster and Durham universities.

The state of military emissions reporting

Because the historical contribution that different countries have made to the climate crisis varies, they have different obligations under the UNFCCC. This includes their reporting requirements, and the UNFCCC groups them as either Annex I or non-Annex I parties.

This variation in obligations helps explain some of the gaps and inconsistencies in reporting that we found – but it does not explain them all.

Forty countries classed as industrialised and with economies in transition (UNFCCC Annex 1), spent around $1.27 trillion on their militaries in 2020, yet we found that just a fraction reported their military emissions in line with IPCC guidelines. Indeed Japan, Turkey, Poland, New Zealand and Ireland – all Annex 1 countries – fail to report any emissions data from military fuel use to the UNFCCC.

A further 15 countries, which all rank in the top 50 for annual military expenditure do not report any disaggregated data on military emissions to the UNFCCC. This includes China, India, Saudi Arabia, South Korea, Brazil, Iran, Singapore and Pakistan. Collectively these eight countries spent around $0.51 trillion on their militaries in 2020.

Military emissions data that states report elsewhere – for example through national reports – is not yet included on www.militaryemissions.org. Some countries – such as France, Germany, the Netherlands, the UK and the US – do estimate GHG emissions for their militaries to some extent, and publish some domestic reporting. However, this typically only covers energy use at military bases and fuel use from the operation of military equipment. National reporting does not extend to include military equipment procurement and the other supply chains that account for the majority of military emissions. On average, the emissions from an organisation’s supply chain can be 5.5 times higher than its own direct emissions.

How meaningful is the data?

There are many gaps in the data provided to the UNFCCC, and collating and estimating a global total of military GHG emissions from the data would not be meaningful. It is clear that huge improvements are needed in the standard and consistency of reporting to the UNFCCC.

For example, the current IPCC guidelines request military fuel data only, with military fuel under international bunker fuels (shipping) and multilateral operations not included in national totals. Unsurprisingly, where countries have reported some military emission data to the UN, a rudimentary comparison of that data against a country’s military expenditure suggests that significant or very significant under-reporting is the norm. This is because other GHG contributions, such as from military supply chains, have not been included.

The scope of reporting obligations must be extended to properly reflect militaries’ contribution to climate change, and GHG reduction targets must be established for the military. In May 2021, we  set out what meaningful military GHG reduction commitments should entail, in a call that has been endorsed by more than 200 organisations.

Linsey Cottrell is CEOBS’ Environmental Policy Officer. You can explore the military emissions data your government reports to the UNFCCC at www.militaryemissions.org

The COP where we began talking about conflict emissions
December 15, 2022
Browse by Country
Blogs by Topic
Subscribe